It was winter 2014 and Christmas had finally arrived. I had been eyeing the last Sasha doll – which was naturally my favorite, with Jade right behind. My mother had given me three out of four and I was so excited to see the nostalgic characters from my childhood flooding my memory. I had seen them on the pages of books, featured in video and board games, and watched them in movies and TV shows. A smile painted my face when I saw the dolls I loved so much, the ones that marked my childhood and encouraged my personal “passion for fashion”. And just like me, I’m sure if you were a girl born in the mid-90s to early 2000s, you probably remember Bratz dolls too.

These dolls were diverse, savvy, fashionable, sassy, ​​smart, and just plain amazing. And to put the icing on the cake – also Barbie’s biggest rival. Not only did they change the way dolls were created and dressed, but they managed to become one of the biggest pop culture and fashion icons of our generation.

Before we had Bratz, we had Barbie. You know the girl who could do it all and had the biggest wardrobe a girl had ever seen? The girl with over 30 careers? Barbie was good, but she wasn’t relatable enough, she was fine, and nobody really had anything against her. But she didn’t quite capture the essence of our generation at the time. Barbie was too cautious, almost too “conservative” for the new generation of girls. She didn’t have that daring factor to really set her apart.

Now enter Bratz. The Bratz were created for teenage girls who still loved playing with dolls, but were a little too old to play with a Barbie. Bratz was his generation – Sasha, Yasmin, Jade and Cloe were unique and culturally diverse, working well together. Unlike Barbie, they were designed to really shape the generation of that era. Due to the Bratz revolution, they became “enemies” of Barbie, vying for her sales and the attention of young women around the world. Bratz gave Barbie something to compete with – from dolls to games and even TV shows and movies. The Bratz’s were just as smart, hardworking and inspiring as Barbie. However, Bratz had a certain nerve about them that Barbie didn’t – they were willing to go the miles Barbie thought they couldn’t. Bratz was diverse and chic and also managed to make every doll in her line shine without stealing the show, unlike Barbie. While Barbie had become more diverse around this time, she still managed to steal the show in everything she did. His notoriety eclipsed his counterparts.

The Bratz were just as good role models as Barbie. They showed that girls could have a “passion for fashion” while being smart, responsible, athletic and kind. Not to mention the number of barriers their clothes and makeup broke in the fashion and toy industry. 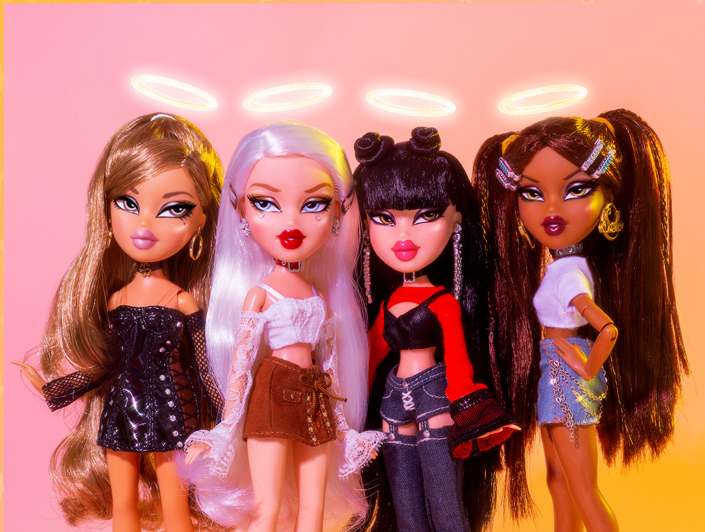 Maybe too many obstacles for some… The parents were misunderstood. Many of them were unhappy with Bratz. They couldn’t understand how a doll could dress like that and still be seen as a role model for children. But that’s the thing, the Bratz weren’t designed for kids – they were designed to replicate the teenagers of that era. Bratz was created so that teenagers who still loved dolls could still play with dolls and not feel childish. The designer never intended the dolls to be for young children, as his fifteen-year-old niece, who adored dolls, was the main source of inspiration for the line right from the start! But kids also seemed to want these cool and chic dolls, putting parents in a bind. They didn’t want to upset their children, but they definitely didn’t want to support these “risky” dolls. Many parents felt that the dolls conveyed a secular message to their young children.

But the irony is that if many of these parents had managed to see past their deep disapproval of Bratz, they would have seen Bratz’s countless books teaching young girls about puberty, dating advice, beauty and advice. capillaries. They gave advice to their audience on how to deal with their emotions and other complex situations. Being controversial was never Bratz’s intention and despite many parents raving about what they considered a “controversial” doll, Bratz still managed to soar and conquer the nation as a favorite of the fans. 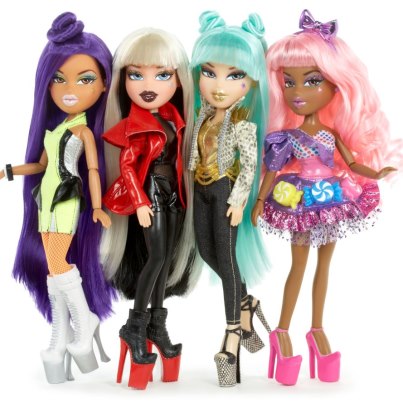 But the real question here is how Bratz managed to go from simple dolls to multi-million dollar pop culture icons. Well, the answer is quite simple. Bratz had his own style and broke the boundaries of the fashion industry. Their clothes were a fun and unique twist on the late 90s and early 2000s aesthetic that still rocks the fashion world to this day. If you search for “Bratz aesthetic”, a plethora of photos and videos will come up. I mean, who would have known that some of our most iconic looks from the MET Gala and our music videos came from Bratz? Or that Bratz would be the inspiration, intentional or not, for the makeup and fashion looks of a plethora of celebrities? For example, Kylie Jenner and Rihanna copied Bratz’s makeup style and probably didn’t even realize it! Or even Safiya Nygaard’s “I Dress Like A Bratz From The Early 2000s” video where she recreates iconic Bratz looks. Not to mention growing up I was also inspired by Bratz, as a young girl they were my fashion idols. In fact, I always use my Bratz book for makeup and hair tips!

Often art imitates life, but Bratz is not just art imitating life, but life imitating art. Bratz was innovative, bold and self-aware. They cemented themselves in pop culture for decades to come. I, as a child of the 2000s, will definitely love and cherish them all my life and I’m sure many others will too.

A teen’s guide to learning to love your body

The beauty of asymmetry: why your face isn’t supposed to be symmetrical