While trends may come and go, fashion week keeps coming – twice a year to be precise. This time it’s virtual, and almost everyone – cheers, fashion enthusiasts – can watch the new couture collections rather than Netflix. As we navigate the lifestyle with masks and social distancing maintained, fashion seems like an unnecessary luxury, but it offers all of us the much needed escape from realism and you can just imagine yourself in new clothes. very extravagant. . 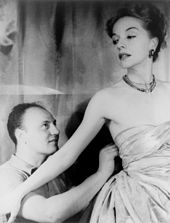 It all started in the 1850s when Paris was booming with workshops rather than coronavirus cases and the French enjoying their usual leisure Sunday afternoons while making Paris a fashion heirloom. It was then that Charles Fredrick Worth decided to create clothes for his clients and let them choose the material of the fabrics as well as its colors and other details before starting to design the outfit. This whole process, new at the time, gave birth to Haute Couture or the art of haute couture which is eponymous to the prestige of various fashion houses like Chanel, Dior, Hermès and Yves Saint Laurent. Haute couture symbolizes extravagance, elegance and often sets trends that last for a season or two simultaneously creating a brand image that will likely last well over a decade.

Tailoring is a luxury for most people, unlike commercial fashion, which is a luxury for some and a necessity for others. These collections, as we know them, are presented twice a year in January and July, respectively, and the Couture Houses present a set of at least fifty pieces of clothing that includes day and evening, displaying the fine the craftsmanship and artistry of each brand. The Chamber of Syndicale, an organization that is the guardian of haute couture, is very exclusive and preserves the art of couture with its own specific set of rules.

Couture collections are rarely budget-friendly, and modernized collections aren’t meant to be sold unless, of course, they’re attending the Oscars. These collections are strictly for perception, publicity – people wear couture all the way to the Oscars, duh – and brand image understanding, and for most of us, these are the clothes that let our eyes shine in the hope of wearing them one day – maybe tonight in our dreams.

This year, when flights to Paris are postponed and we all stay at home fighting a pandemic and protesting for things that shouldn’t happen, digital fashion week seemed like the only ray of hope for the fashion world that faces the many economic disparities that arise over time. The haute couture federation has announced that the couture collections will be presented digitally in different ways from July 9 to 13 for everyone. So grab your popcorn and judge the clothes with the editors while experiencing it from the front row of your beds.

The couture collection has been featured by many top brands in their own way and received mixed reviews, to say the least. As the clothes took us all to a distant land, some complained that they didn’t have their front row seat. Digital, perhaps, fashion week was not outdone in terms of creativity. Each brand has found its identity and presented its collections in a somewhat different way. Some brands like Gucci and Yves Saint Laurent have decided to skip fashion week and take a calendar-free approach for this year. While other brands presented collections that offered a dreamland to escape to.

Chanel is known for its extravagantly decorated shows at the Grand Palais which includes a very exclusive and star-studded front row. This time, Chanel, under the leadership of Virginie Viard, presents its collection in the form of a series of thirty shots taken by Mikael Jansson. With its signature tweed and velvet, the collection that claimed to be inspired by Karl Lagerfeld was no less glamorous. 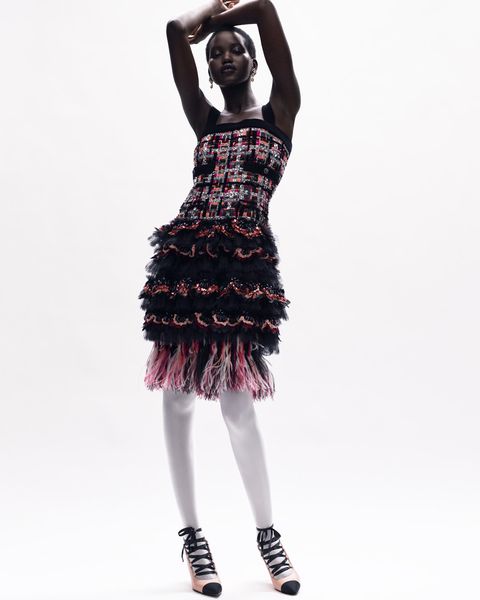 Sumptuous floor-length dresses paired with opera gloves set the scene for Balmain’s couture show. The stage was the Seine and the audience was supposed to receive a two-hour Livestream via Tik-Tok’s social media platform which was shut down due to technical difficulties. The performance of Yseult (French singer) and the backdrop of the Eiffel provided the surreal glamor to the isolated show under the direction of Olivier Rousteing. 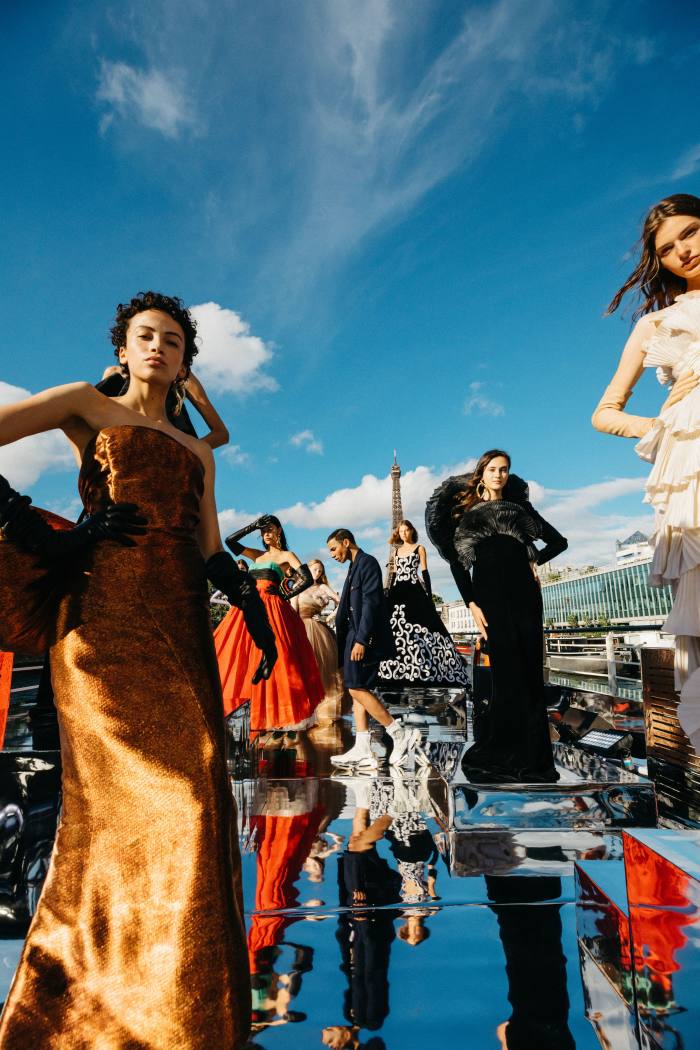 Dior presented their collection in a very unusual way on zoom – not the unusual part – in miniature mannequins – yes, that’s unusual. The well-designed collection, presented by Maria Grazia Chuiri, is reminiscent of a mythical fairy tale and plunges deep into the world of enchantment. It was released to mainstream audiences as a film directed by Matteo Garrone capturing the essence of fashion and drama. The collection provides a much-needed escape and is a great way to reduce waste and promote sustainability.

Famous for her piles of tulle, ruffles and signature bows that lead to the construction of dresses that seem appropriate for the Cannes red carpet, Valli presented this 19-piece collection in images and a video on youtube, using Joan Smalls for the entire collection. The collection is called “An ode to Paris and the gestures of Haute Couture” and is dedicated to La Ville Lumière or the city of lights. While big bows and even bigger layers of tulle may seem extravagant, these pieces capture the spirit of couture and look oddly pleasing to the eye. If only Cannes wasn’t cancelled. 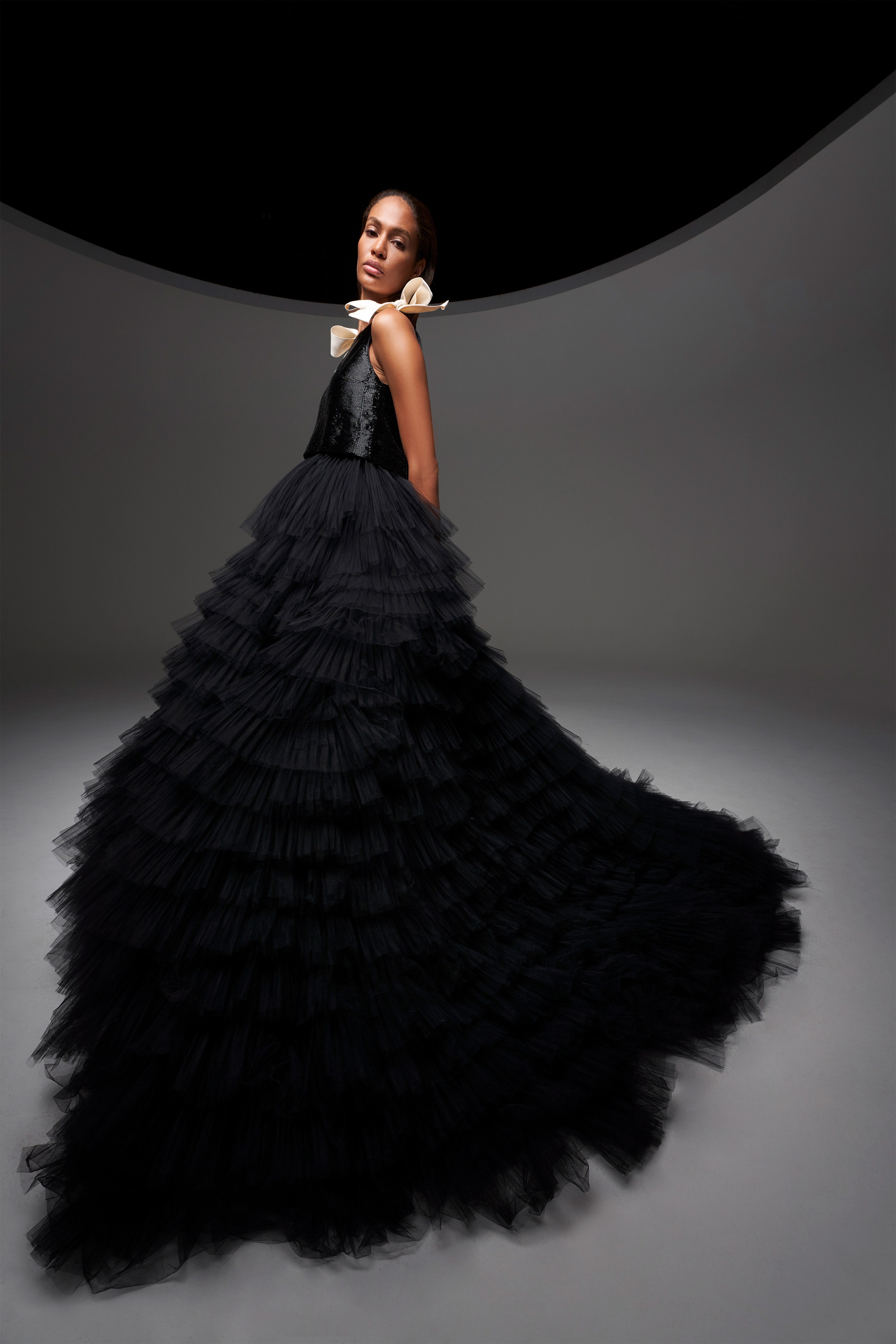 Daniel Roseberry, Schiaparelli’s creative director was one of many stuck in New York during the pandemic. He reflects on his quarantine months as an extremely privileged month and reveals that he designed the entire collection in a single morning on a park bench while strolling through Washington Square Park. His collection reflects his time stuck in New York where he doesn’t have the usual materials to execute the designs and only his imagination and his desire to create. The entire collection is presented as filmed sketches and presented as a video on Instagram. 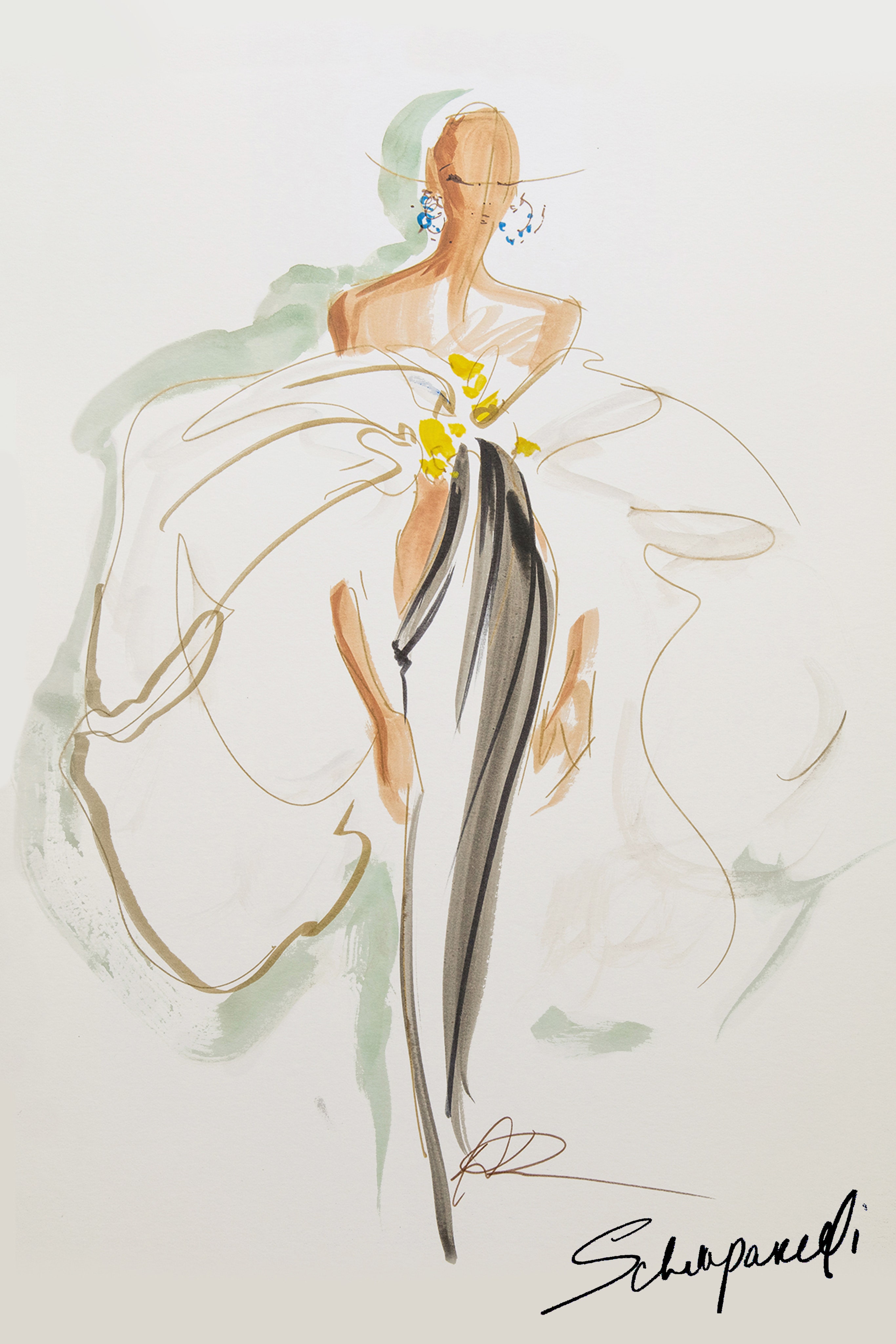 As the pandemic took over the world, largely affecting the world’s major fashion hubs including Paris, Milan, New York and London and the government imposed lockdowns to combat the deadly virus, the fashion world fashion took a break and contemplated its major activities and their impacts on the ever-changing world that will fall into the hands of the next generation.

Fashion Weeks, which take place twice a year in four different locations with the creation of clothes worth millions of dollars, lead to the creation of a global footprint that affects the future of millions of people in the years to come. There’s no denying that climate change is real and the fashion world, glamorous as it is, may need to address its impacts on the society we share. Many brands have been held accountable for their actions which follow an extreme waste system and are not environmentally friendly at all. The durability of their designs was considered as well as the number of fashion weeks that took place in a year. This was followed by growing questions about fashion’s responsibility to workers who receive extremely low wages for their work and hold a significant amount of the credit for a brand’s success.

The #Blacklivesmatter has bought into a wave of support for people of color in the industry and questions about diversity in this area have been bought. Many fashion houses have filed for bankruptcy and many have been closed due to the economic crisis following the impact of Covid-19.

However, as restrictions ease, hosting fashion week, which attracts people from all over the world, doesn’t seem like the most viable option and presenting virtually is the way to go. Following Digital Couture Week in Paris, the CFDA has announced that September’s NYFW will also be a virtual event. So welcome to the new normal, where the fashion world is not only glitzy but also responsible. SEEN BY THE WORLD.

In the past, fashion shows were streamed live on different social media platforms, but this year Paris held the first fashion week that was solely based on a digital platform. It may sound surreal but it was necessary given the state of the world. The dose of street style and Anna Wintour glancing down the runway might be missing, but hey, the coronavirus cases won’t increase.

However, the fashion crowd seemed a bit skeptical about the virtual runway. Buyers who got a good look at the details at the show miss it. Many makeup artists and hairstylists as well as models lack the energy that is always present backstage at a fashion show. An editor told Coveteur that the display’s virtual platform turns clothes into suits, which could create a problem for trend forecasters. Many regular viewers miss the human connection and excitement that this coveted week brings with it. Among many things, in this pandemic-prone fashion week, the usual bustle of people running around in curious outfits and a fleet of cars, all driving in the same direction were not present but the creativity of the designers and the novelty that sewing week brings were the things that were not lacking. Altogether a blessing to some and a curse to others, Digital Fashion Week received mixed reviews to say the least, but it was the only way to continue the legacy that French fashion connoisseurs have left behind. So sit back and relax while enjoying this new and improved world of fashion for everyone.

8 tips for creating flattering outfits for little ones