Mental illness: from stigmatized to romanticized

I was in a toilet cubicle at school once. I know, it’s a weird start. Trust the process. Anyway, the door opened and within seconds the voices of two girls took over the silence. I wasn’t listening, I just past to have working ears, and they just past be noisy. Me, not wanting to make the situation awkward by leaving the cabin while they were discussing their love life in the bathroom for some reason, decided to stay put and wait. Everything was fine until one of the girls started talking about a guy she I guess had a crush on. Out of nowhere, the other just blurted out something like, “You should just pretend to be depressed to look more mysterious and sexy.”

After letting that phrase marinate in the depths of my mind, I realized that mental illness, especially depression, is very romanticized. You may be thinking, “It’s not that deep; she was just joking. Imagine if you have a mental illness and someone who doesn’t have a diagnosable psychological disorder pretends to have one just to look “attractive.” First, it would minimize everything that you go through, as an individual with mental illness, and second, it just puts into perspective how mental illness, in recent years, has gone from stigmatized to sensational – and the latter can be more dangerous.

So when did mental illness start to become romanticized? It is impossible to trace it. From the suicide scene in Romeo and Juliet up to the whole plot of Thirteen Reasons Whymental illness has always been sensationalized to such a degree that it is even, dare I say, desirable. This brings us to our first topic…

Before diving into the depths of the romance of mental illness, it’s important to test the waters and learn the basics around the issue – inaccuracy and oversimplification. Most of us have probably come across a movie or TV show that has a trope around the idea of ​​someone being murderous or dangerous and considered a “psycho”. Maybe one movie comes to mind, especially Alfred Hitchcock’s popular 1960. psychology. 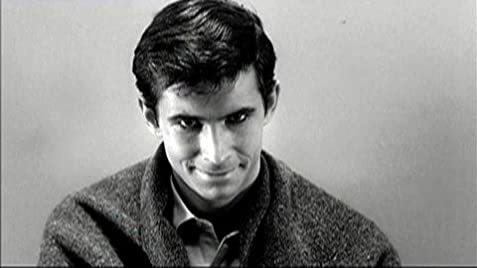 This film follows fugitive embezzler, Janet Leigh, as she makes a stop at the Bates Motel, a business run by Norman Bates, a man with interests in taxidermy and, well, serial murder. . It is not known exactly what mental illness he suffers from, despite the name of the film, but he has a spirit named “Norma” living within him, which drives him to kill. I say “spirit”, but in all honesty it can just be an alter ego and even the result of having multiple personalities.

While groundbreaking given that it was one of the first movies to make your neighbor look like he could potentially be a cold-blooded murderer, psychology was also quite controversial due to its gross inaccuracy. And it’s in the name itself. The main character, Norman Bates, was by no means a psychopath. Instead, many mental health professionals claimed he showed signs of dissociative personality disorder. Therefore, calling him a psychopath just because he’s a serial killer only adds to the stigma that true psychopaths face on a daily basis – if you shudder at the word “psycho” it just goes to show how psychotic disorder, or psychosis, has become trivialized. Now, people who actually have psychotic disorders are probably afraid to speak up because people can portray them as being as dangerous as Norman Bates.

We have seen many inaccuracies in the popular media. However, we need to talk more about the romance of mental illness. Keeping that in mind, the best TV show to watch is the Netflix original. Thirteen Reasons Why, first aired in spring 2017.

This show, based on a novel of the same name by Jay Asher, follows high school student Clay Jensen after he receives a box in the mail containing a pile of tapes from his former classmate, Hannah Baker, who committed suicide a few months ago. previously. There are 13 tapes and in each of them, Hannah explains a reason why she wanted to end her life, ultimately blaming her disappearance on 13 different people.

Based on the summary alone, this TV show screams problematic. First, before discussing anything, it is important to note that suicide is rarely planned; it’s almost always on impulse. And even if it’s planned, making it look like a successful revenge scheme is dangerous. So dangerous, in fact, that this show has led to two suicides and who knows how many considerations. Tropes like the one this show embodies are unrealistic and mundane.

The show’s target audience seems to be teenagers and young adults, which is all the more reason why it’s so terrifying. It makes it look like you only need 13 reasons to kill yourself. It’s important to recognize that most people who attempt or commit suicide have had an accumulation of events and to simplify that and expand the narrative by portraying suicide as something so narcissistic and calculating that it is harmful. These are just a few of the reasons why this show suffered so much backlash after its first release. 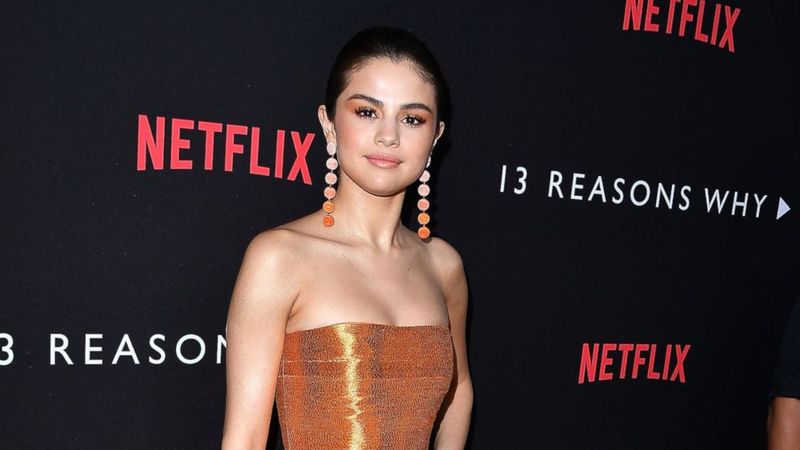 Asked about the repercussions, the show’s executive producer, Selena Gomez, replied, “The backlash would come no matter what, because suicide is not an easy topic to talk about.” Unfortunately, that statement did little to defend itself, as the show rarely, if ever, delved into the real mental health aspect of Hannah’s suicide. Overall, the show sensationalizes the living shit of mental illness and doesn’t even bother to talk about the problem.

Few years later 13 reasons why, Euphoria came out and there is a distinct difference between the two shows, even though they are often compared. Euphoria goes in depth on mental illness, addiction and even developmental disabilities. 13 reasons why does not, except for the blank screen at the start displaying the National Suicide Hotline. The emissions are not comparable.

The glorification of mental illness in literature

If you’re currently a teenager or young adult, it’s safe to say you’ve heard of Tumblr. It still exists, but it seemed to hit its peak in the late 2000s and early 2010s and really contributed to the “emo” subculture. The platform was home to many dark, but oddly idealizing “poems” on serious topics and many of them even became part of a meme called im14andthisisdeep. Fortunately, they have become a joke, otherwise many of these messages are simply dangerous. Here is an example: 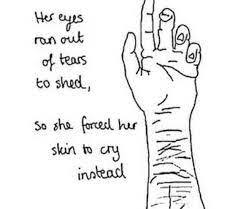 I think the post speaks for itself as to why this is problematic. And the worst thing is that this post is not even the worst that can be seen on the platform.

While most wouldn’t consider these poems real — or quotes for that matter — there are some legitimately published poems that look like Tumblr posts, but with a sense of more maturity. Let’s talk about Atticus, a famous poet who started by publishing…you guessed it—posts on social media, especially Pinterest. They’re known for romanticizing “breakup,” especially of women, and when asked about it in an interview with Teen Vogue, they said, “I don’t want to idolize or romanticize breakup. But I want to shine a light on the fact that we’re all kind of broken in our own way, but that doesn’t mean we’re not beautiful in our own way. Here is an example of one of Atticus’ poems. Whether or not they romanticize mental illness, or at least human frailty, is up to you: 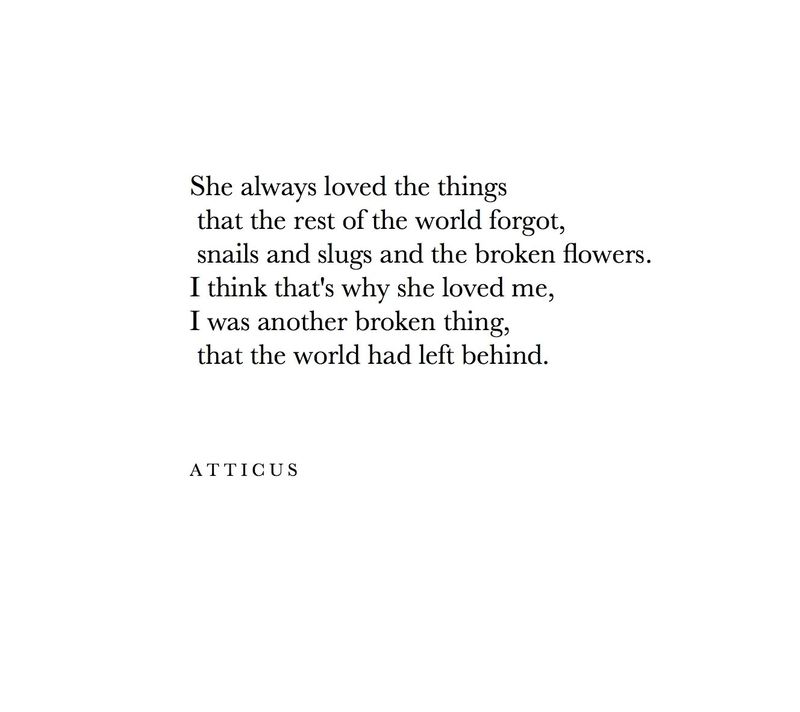 Now that we have poetry collections out of the way, let’s take a look at the world of full-length novels. For the most part, more recent novels have stopped romanticizing every bad thing, like forgetfulness; however, there are some who still cross the line and end up getting a lot of recognition. For instance, 13 reasons why of Jay Asher, of which we have already spoken, and missing girl by Gillian Flynn. 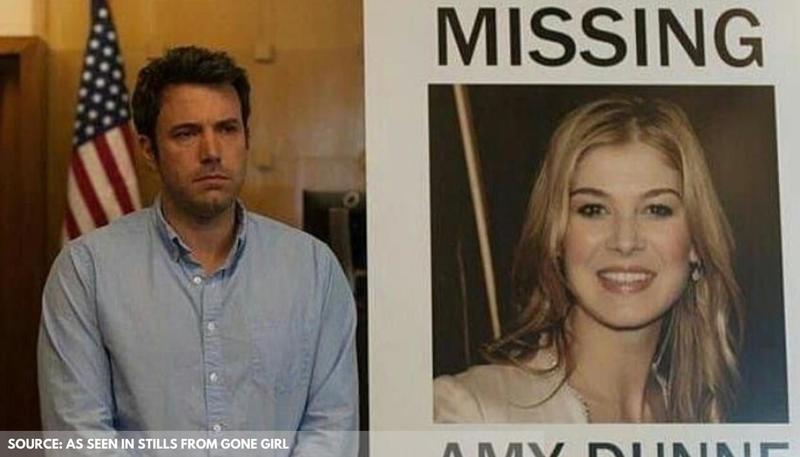 The novel missing girl turned into a still-successful movie of the same name that starred Ben Affleck and Rosamund Pike. The plot follows a married couple who seem to have a perfect relationship and life. However, one day, the woman disappears. Authorities continue to pronounce her dead, ruling it a homicide, making the husband the prime suspect because all the evidence points to him. It’s a great plot, definitely a page-turner. However, when the notorious plot twist occurs – which we won’t get into because otherwise it will be a spoiler – things get worse, in terms of the correct depiction of psychological conditions according to many professionals, and the storyline goes awry. balances on a thin rope that threatens glorification fueled by oversimplification.

Finally, to tie it all together, let’s discuss the glamorization of mental illness as a whole and its prevalence in the real world. To put things into perspective, let’s take a look at some merchandise that a popular YouTuber named Corrina Kopf posted some time ago. Here is the basic idea of ​​the line: 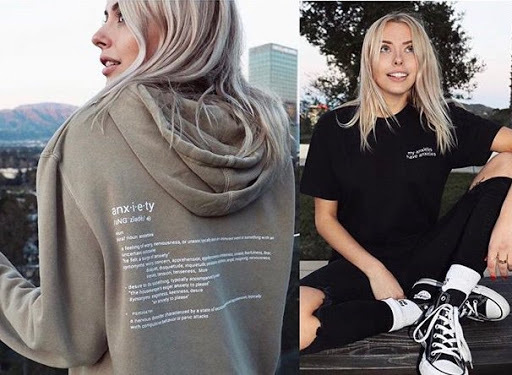 *The t-shirt says “my anxieties have anxieties” and the hoodie lists definitions of “anxiety”.*

As you can probably predict, this line has faced a lot of backlash. You can tell by the comments section below. 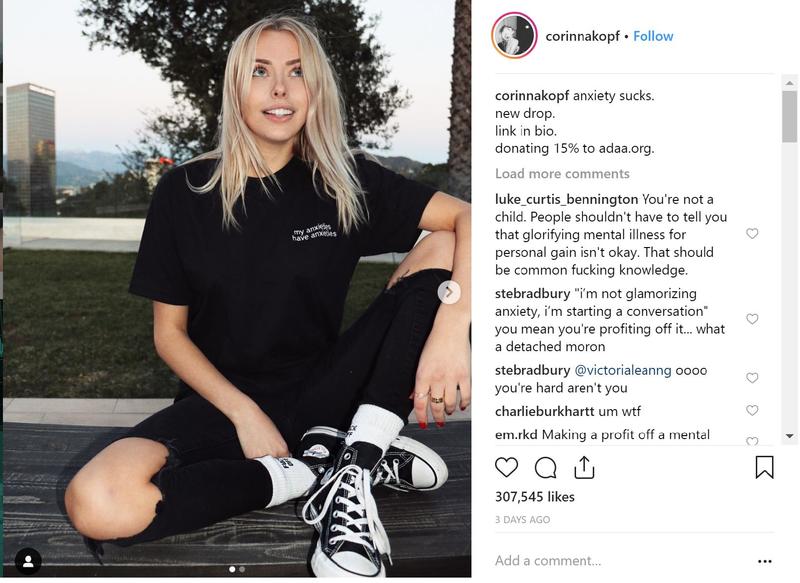 And, sadly, this isn’t the first time we’ve seen something like this.

Overall, mental illness has long been romanticized, but it’s never quite as beautiful as many movies, TV shows, songs, or even books depict. With approximately 1 in 4 people worldwide suffering from a diagnosable psychological condition, we as a society cannot afford to pretend it is anything less than it is. ‘is. You don’t see people idealizing cancer… wait, I take that back. Our society has even idealized terminal illnesses.

It starts with you. When it comes to topics like mental health, it’s crucial to see things deeper than the surface level and grasp the grim reality, however stark.

Rejection Sensitivity: Causes and How to Deal With It, for Teens

Why We Need Failure (from Honors Student)