Captured in our screens, locking our fingers on endlessly scrolling cell phones, and anxiety takes up pretty much most of our time every day. A revolution of the modern age, the Internet has become known for the extreme need for the new term called “globalization”. Basically, social networking sites were invented to socialize, but who knew it would turn people the opposite way? Maybe we haven’t realized it yet, as continuous users are increasing all over the world. According to data report, around 49% of the world’s population are social media users, up to 3.81 billion. Among them, more than 2 billion are Facebook users, more than 1 billion are Instagram users and about 340 million are Twitter users according to 2019 statistics.

Now, in the age of quarantine and lockdown, we are using the sites more to pass our time. We are somewhat obligated to review them for our own use, as that is precisely what these sites were created for. We chose to make the most of it, and now people like their communication virtually, finding it more difficult in the case of real communication. According to research carried out by the University of Nevadasurveys show that 90% of teenagers use social networks and that around 75% have at least one active profile on social networks by the age of 17. On average, teenagers spend more than 70 minutes, even up to 140 minutes per day, surfing the Internet and social networks. media. [ January 2019] 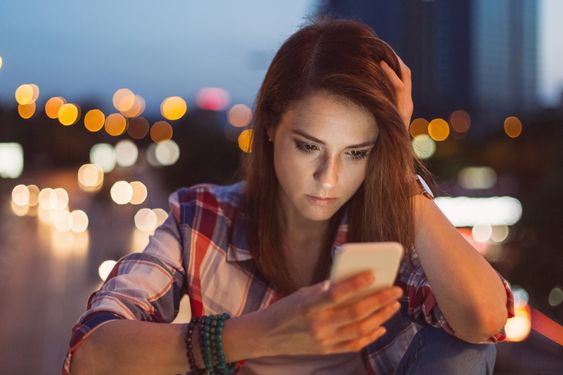 Social media can cause depression:

The Child Mind Institute of the United States of America identified the increase in the rate of depression reported among adolescents and young adults who spend the most time on Instagram, Facebook and other platforms, compared to those who spend the least time. The rate is higher than 13 – 66%. Either social media can make people socially isolatedor people who feel socially isolated use social media. It can be of great help to those who can connect to the positive sides, but too much of its use is indeed negative.

Too much use of social media makes teenagers isolated from ‘Real Life Talk’. They are less likely to share their problems with family and friends; rather, they find it more comfortable to post statuses and stories about their anxiety and personal issues.

​​​​​Being too busy on social media, people especially teenagers fall victim to it and constantly think about these sites. Certain relevant thoughts about others posting nicer pictures or messages, distraction from chatting and texting decreases their awareness in studies, homework and other important work. They lose their ability to concentrate and make decisions if social media keeps scrutinizing their thoughts.

“Stop letting people who do so little for you control your mind, feelings, and emotions so much.”

“Leisure is the mother of philosophy” – Thomas Hobbes.

Leisure brings freedom from within and expresses creativity and innovation. Recently, it has been observed that people these days like to spend their leisure time through their phones. Many teenagers and even adults today shy away from checking out social media, followers/friends, likes and stories, instead of doing something meaningful and innovative.

Comparing real life with that of the seemingly apparent life of others often makes teenagers fall victim to depression. Low self-esteem, less confidence, envy invades them even without knowing it. American Psychiatric Association noted that “feeling worthless” and “guilty” is a symptom of depression. These symptoms may increase in those who spend more time on social media. A study from the University of Copenhagen revealed that many people suffer from jealousy; and they called it the “Fancy Facebook“. Many teenagers yearn to become happier and flawless by following them and wanting more. But happiness never lies in that.

Using social media more than necessary takes you away from your goals in life and makes you lazier. Some people even scroll their social media screen, for no reason, just to passing time. Again, abbreviations used in social media texting are considered the modern trend, but this shortens our Patience and even our Language skills.

Not being able to keep up with trends and fashions on social media where people keep posting their best photos, editing them after clicking better cameras, teenagers and even adults may think that they are not good enough or they are flawed in some ways. They think other people have a better and happier life, better achievements, more followers and likes. They forget the fact that not everything is as true and perfect as it seems in the virtual world.

Colorism, racism, and cyberbullying add to discrimination even in virtual media. As positive sides can exert a revolutionary influence all over the world, negativity can also appear if we do not oppose it. It is now being protested around the world. There are many cases of cyberbullying and teenagers are even victims of suicide. Narcissistic bullies harass and stalk victims through social media, which adds to the insecurities of young teens. 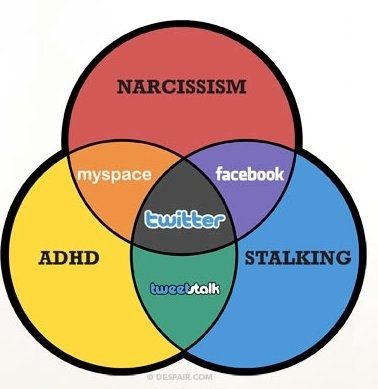 Have hundreds and thousands of friends and followers on social networking sites does not want to say that they are your True friends. The more you increase your friends on the sites, the more attention you need to get even more friends to be competitive, and the less you interact with your True friends. In a survey of over 55,000 people, about 40% of 16-24 year olds said they felt lonely very often (The Conversation, October 4, 2018). You can’t give time to someone really special in your life, whether it’s your family or your friends, as long as you’re too busy with your phone. It makes you feel self-centered and lonely, which ultimately makes you depressed.

Social media addiction is the same as drug addiction:

Social media has added to the new means of virtual communication connecting the whole world. But addiction to its use has been identified as the same thing as the horrible substance abuse disorder. The constant use of social media does nothing but waste time and fake reviews. Those who are addicted to social networks can’t stop thinking about what is happening on the sites, they become too eager to get likes or comments on their posts or messages, they become aggressive or agitated if they are in outside of social media.

Ways to get a diversion from negativities: 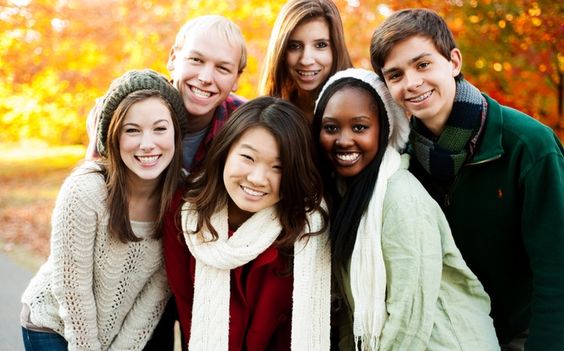 Letting thumbs run through “thumbs up” (likes) and dissolving into phone screens has become our habit now. During this pandemic situation, arrange a Face Time call with your friends instead. We have to use social media for what it was created for, we can’t go beyond that. Social media is extremely useful for create influence, campaigns and development. Social media are amazing inventions, but it depends on how we use it. We haven’t realized it yet, but once we do, we can explore the true blessing of technology.

What “FRIENDS” has right and wrong about life in New York