How to start writing your first novel as a teenager

For all young writers who have the ambition to write a novel. I know I had that ambition, but it took me time to learn my style and understand what it takes to write a novel. Here are some beginner tips you can maximize how amazing your novel will be.

Knowing their names and interests is important, but knowing the background of everything that happened to them is even more important. How do they handle stress? How do they deal with pain/anger? What do they like about their best friends? What makes them want to scream in pain? These types of questions go deep into your character’s psychological profile and help flesh it out and appear more human. This will help increase the amount of emotion you can put into the character and improve the overall player experience. You can find many lists of questions to know about your character online, like here. I also have a link to a guide that my creative writing teacher gave me, it’s very thorough. You don’t need to answer all the questions, but it’s good to know at least some of these vital questions about your character.

If you’re going to write a novel, you have to find the ending before you even write the first word. This will help shape the plot of the book so that it flows directly into what you want the ending to be. If you know where the story is going, it’s easier to help fill in the gaps and add foreshadowing for your readers. Some great book endings leave things on a cliff-hanger for a sequel, or maybe a cliff-hanger that makes you want to cry. Some books like to have a fairy tale ending where everything ends well for the protagonists, while others like to end it with a less brilliant disposition. Either way, you need to know how it’s going to end before it starts.

Nobody wants more of a stereotypical love triangle, they want something they’ve never seen before. Like in the book To chase by Rainbow Rowell, it subverts the reader’s expectations of who the love interest is by making them the opposite sex to who you thought they were going to be. Books these days don’t have a stereotypical perfect princess in their writing anymore, no one wants a perfect character. What people want is deeply flawed by a character they can sympathize with, not one who can’t hurt. If you subvert expectations of what’s to come in the story with thoughtful twists and deep narratives, you’ll be sure to have a book that has your reading on the edge of their seat. 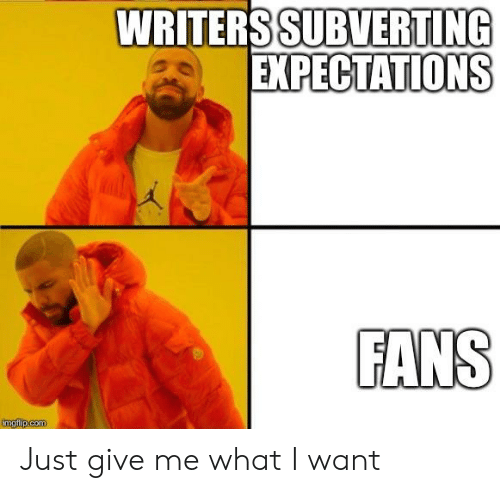 Character diversity is also something that can give your book more depth and realism, but only diversify your characters if they have good stories. If your story is varied but boring, no one will read it. Many people tend to force diversity into their stories, which can be detrimental if the author doesn’t know much about the culture they’re talking about. If you want to write a story with a Muslim character, be sure to do your research and work hard to examine the similarities and differences between you and them. Don’t write a character into a story if you don’t know anything about their history or culture, it will end up looking stupid or insensitive to it.

Knowing your audience is important because you need to know who this book is for. If it’s a children’s novel, you can’t make it curse or use a lot of big words, while if you’re writing a teenage novel, you’re free to do so. Young adult novels have the most diverse, fleshed out, and interesting cast of characters, because that’s exactly what those readers want. Don’t just write a story for a meaningless audience, but even children’s books can explore deeper and more complex themes. This is very true in the children’s book called And the tango makes three about two male penguins adopting an abandoned egg to raise, which brings up controversial ideas and topics like homosexuality and abandonment in a child-friendly way. The audience you address also affects the words you use, as words like huge or sporadic are not something small children would know.

If you’re going to kill a character in your story, it has to mean something. You can’t just kill a character and expect the other characters in the novel to pretend they don’t have lasting effects because of that death. If you’re considering killing a character, I recommend at least taking a look at the list of five signs of grief, which can help you dig deeper into the emotions and stories of others affected by the death. I wrote a book once where I killed the main character, but because the character could manipulate the probability of anything, like reducing their grief to zero. This book was terrible and this idea didn’t work, it just created many rifts and alternate universes that were too confusing and convoluted. Readers only respect the dead if they mean something, but if it doesn’t mean anything to them, they’ll find it pointless or go nuts.

When you first write a novel, you can stare at a screen for hours trying to think of that specific word and fail. This is something that frustrates many writers, but there is a simple solution to this disease. There are two different ways to do this, you can use a thesaurus or use the ELEPHANT method. Anyone born after 2004 might not know how to use a thesaurus, and that’s okay because there’s now an online version. A thesaurus helps you find synonyms for words and phrases. So if you forget a word, you can type in a similar word and browse the synonym.

The ELEPHANT method is the one I came across on a writer’s advice page on Pinterest and has helped me a lot. Whenever you forget a word while writing, just type ELEPHANT in its place, then continue writing. When you’re done writing that chapter or scene, just hit the f command on your computer and search for ELEPHANT. Then you will have a new perspective on things and you may even remember the word you forgot. If not, you can come back to it later! This will help you become fluent when writing and able to get more writing out there. It is better to have something, then nothing. Even if you perceive a piece of writing you’ve done as awful, by editing it, you can make something truly amazing out of it.

Now you know the best ways to make your story a bestseller! Go ahead and write! I believe in you.

How to Have an *Aesthetic* Vlogging Day in Quarantine