The best movies to watch with a father figure

Although Father’s Day has already passed, the qualities these films show are qualities we see in our fathers every day. Not all families are the same after all. Some people have a father like Mia Thermopolis in The Diary of a Princesssome have a stepfather as in daddy’s house, others simply have a “father” figure. No matter who or what your “father” is to you, fathers hold a special place in our lives. They are strong role models that show us how to be both tough and loving. They are there to support us, guide us, advise us, and they love us for who we are as strong, independent women. No matter what type of father you have in your life, these films will show you that all fathers have the same intention for their children: they will do anything to protect and love their child. 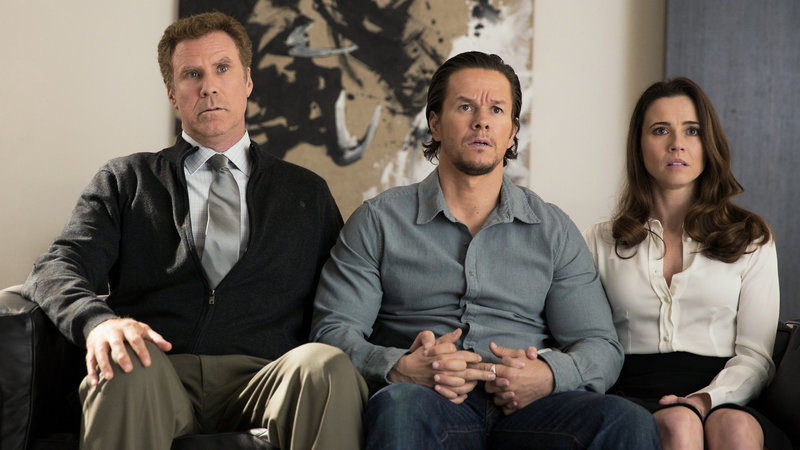 This comedy movie is great if your stepdad and biological dad are involved or want to be in your life. From the perspective of the stepfather and the biological father in this film, they try to outdo themselves to show their children who the best father is. In the end, the two of them realize that they both have qualities that kids love and are ultimately great parents when they work together. Whether you have a biological father or a stepfather, or even if both are involved in your life, this movie shows just how funny and great fathers can be. Because despite the fact that we think they are tough on us, they always end up showing us that they can be funny and this film shows it clearly. 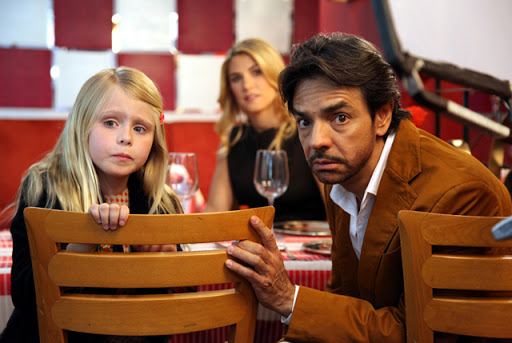 Even though this film is in Spanish, there are subtitles. Valentin has always been single in life, so when a woman shows up on his doorstep with a baby, which is apparently his, he has no idea what he’s gotten himself into. He then realizes that the woman is not coming back and leaves him alone with the child. Valentin now has to raise their child and has absolutely no idea how. Valentin travels to the United States to find the child’s mother, who lives in Los Angeles. He ended up staying in the United States, getting a job as a stuntman.

However, throughout the film, he shows how much he cares and loves his daughter, Maggie, by giving her the world. Towards the end of the film, things take an unexpected turn. Altogether, this feature shows how much a father is willing to sacrifice for his daughter. Overall, this movie is perfect for any family and showcases a great father-daughter relationship. 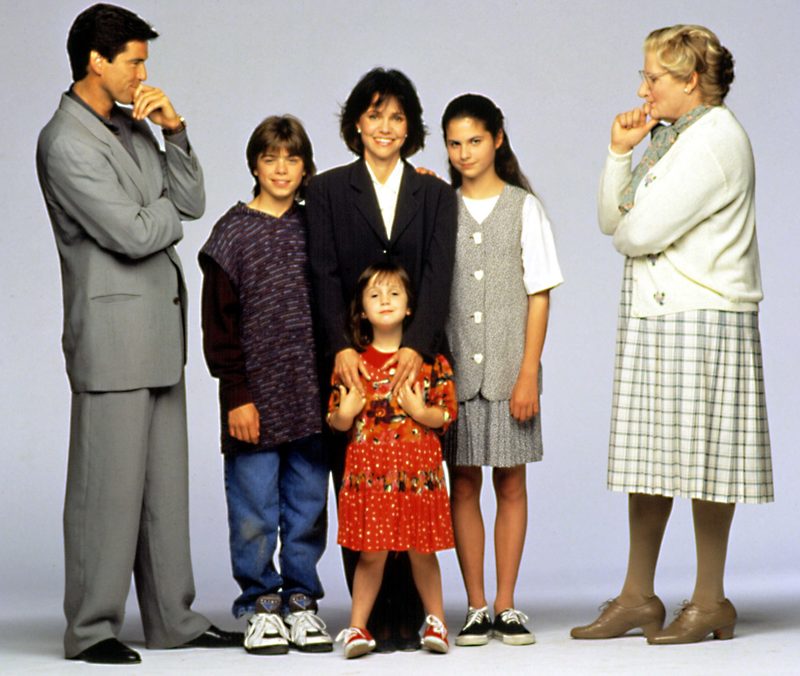 Daniel Hillard has always loved his children, but it becomes difficult when his wife files for divorce and he can only see his children on weekends. Daniel must follow certain requirements in order to be considered for joint custody. However, he finds a way to spend time with his children and it is Mrs. Doubtfire.

He dresses up as an 80-year-old housekeeper/nanny to be closer to his family. While being Mrs. Doubtfire, Daniel learns new things like cooking, cleaning, and even learns a few things about her children. This funny film shows that this father is ready to do anything to be with his children, including dressing a woman. 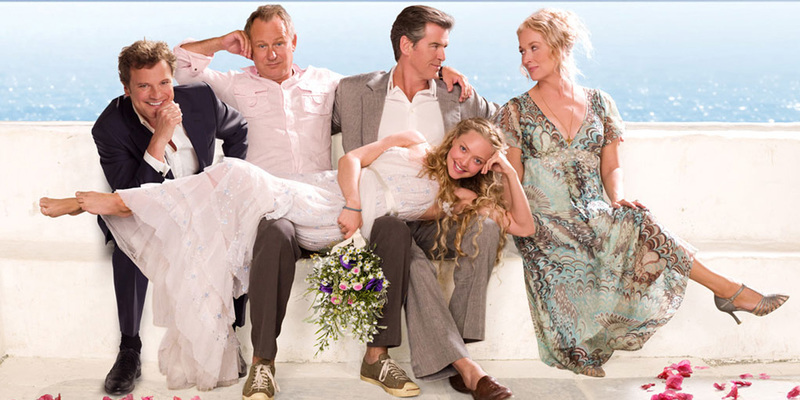 This classic romantic musical is ideal for the family with a complicated fatherly history. Sophie is getting married, but wants her father to walk her down the aisle. This poses a problem because three men could be his father. She sends invitations to all three, and of course they all come. As she tries to find out who her father is, she grows closer to them and forms a bond with each.

Sophie’s mother, Donna, played by Meryl Streep, doesn’t like that all of Sophie’s possible fathers come along because it means she would have to confront them and eventually tell Sophie who her real father is. In the end, Sophie ends up walking down the aisle, but with whom? I guess you’ll have to watch to find out. Regardless of your relationship to your dad, this film is full of laughs and catchy musical numbers. 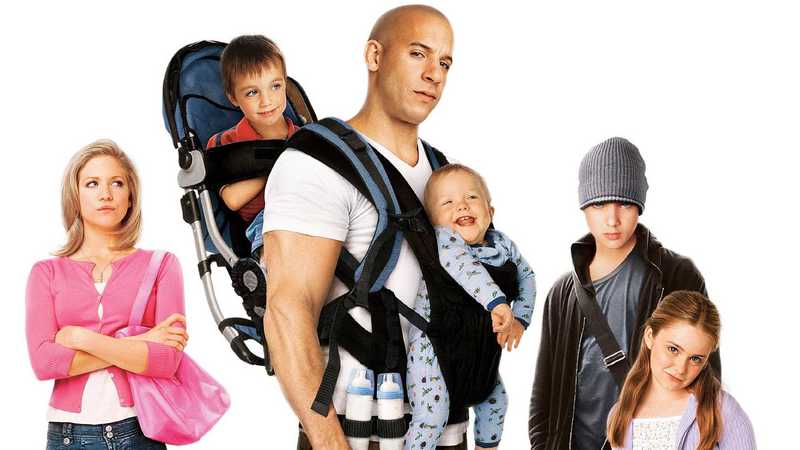 This movie is perfect if you have a strict or firm father. Shane Wolfe has a new assignment as an Elite Navy Seal; protect the children of a scientist who has been murdered. It becomes a challenge as he tries to take care of five children of different ages, needs and personalities. There is Zoe; a teenage girl trying to pass her driver’s license, Seth; a problematic teenager who just wants to be heard, Lulu; fearful but not afraid to let it be known, Peter; who needs a bedtime song to fall asleep, and Tyler; the baby. Throughout the film, Shane develops a close bond with each of them and eventually becomes their “father figure”. It takes a while for them all to get used to Shane, but eventually they all see him as a father figure who would protect them no matter what. 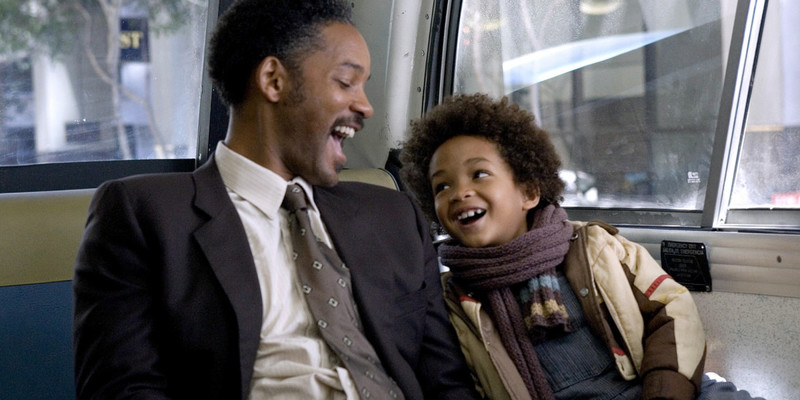 6. The Pursuit of Happiness

Based on a true story, this film shows how far a father is willing to go to provide a better future for his child. Chris Gardener didn’t have the best childhood or relationship with his father. He knew that by becoming a father, he had to give his child a good childhood and an even better future, whatever the cost. His wife initially left him, as he could not sell enough x-ray machines to pay the rent, and she had to work double shifts. Chris was then kicked out of his apartment, and he and his son had to live in different places like a hotel and a subway station bathroom.

It got so bad they had to stay in a homeless shelter. While all of this was going on, Chris was doing a stockbroking internship with Dean Witter. At the end of the program, they would select an intern for employment with Dean Witter. He faced great obstacles and tough challenges, but everything showed that he wanted the best for his son. Chris went through so much for his son, and it paid off. This movie is great if you want to have a closer bond or relationship with your dad or father figure.

Will Hayes is in the early stages of a divorce, when his daughter, Maya, asks her father to tell him the story of how he met her mother. Will then tells her how he had three serious relationships, changing the names of each so that Maya could find out who her mother was among the three. Maya liked to understand this “mysterious love story” and begged her father to tell her the story. Throughout the story, Maya discovers that her father was very different back then. He drank and smoked, which surprised Maya. The movie gets more interesting as we all try to figure out with Maya who her mother is.

In the end, Maya discovers who she is and is obviously happy to have understood the mystery of love. However, she is disappointed that her father is still divorcing. She realized that in the story her father told her, every woman he came close to a relationship with would break his heart, and now he still hasn’t found the one he absolutely loves. . Maya then helps her father find and get back together with the one who got away. Overall, this feature is great for you and your dad if you already have a strong bond. This shows that the daughters really depend on their father for support, guidance and direction, and vice versa.

Are you emotionally intelligent?