Want to learn more about art? 5 Modern Paintings You Should Know About

Art is all around us, whether through photography, painting or still life. Art has always been one of my passions. Recently, during the last semester, I took an art history course which taught me the main art movements, famous paintings and their meanings. I don’t think there was ever a time when I wasn’t interested in art or an art movement. Here are some modern paintings to get you started on your artistic journey, if you’re interested. 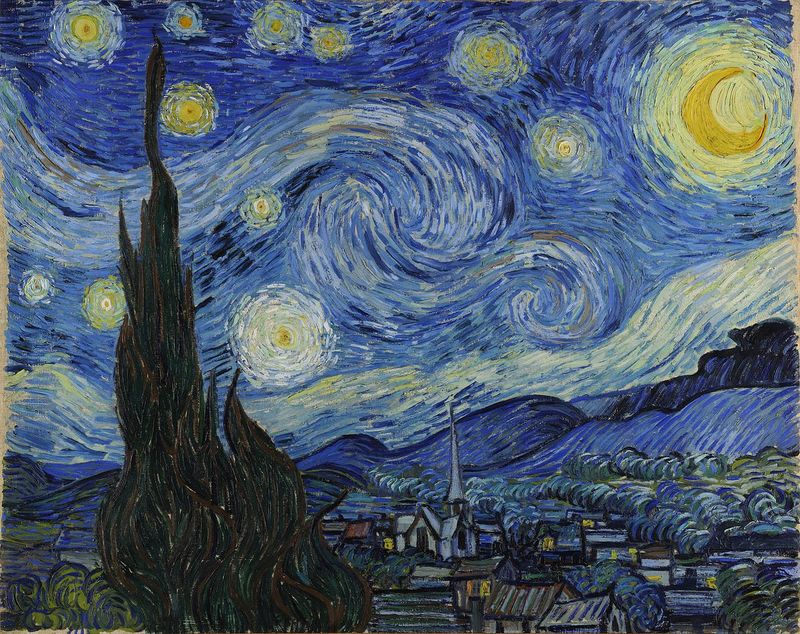 The Starry Night is probably the most well-known painting in all of art history. This painting is famous for its swirling, almost moving sky and its grandeur. The meaning of Starry Night is spiritual. Van Gogh was a religious man, especially because his father was a minister. Not only is his spirituality depicted in the sky, but also in the foreground. In the city under the sky, the tallest structure is the church in the middle. The dark arrows to the left of the board are cypresses. These trees are associated with death, a nod to a memento mori.

It may also be a clue to what Van Gogh felt and thought while painting this. Van Gogh suffered from manic depression, which is a psychiatric illness. This illness affected what he painted and, in a way, painting made Van Gogh sane and at peace. If you want to know more about Van Gogh and his psychiatric illness, I highly recommend watching the movie, At the door of eternity, with William Dafoe. I believe great things came out of Van Gogh’s disease. This led him to create these magnificent paintings that we admire and look at with awe and awe. Many of us are moved by Van Gogh’s famous plays, and I don’t think it would have been possible if he hadn’t gone through what he went through.

“What would life be if we didn’t have the courage to try anything? 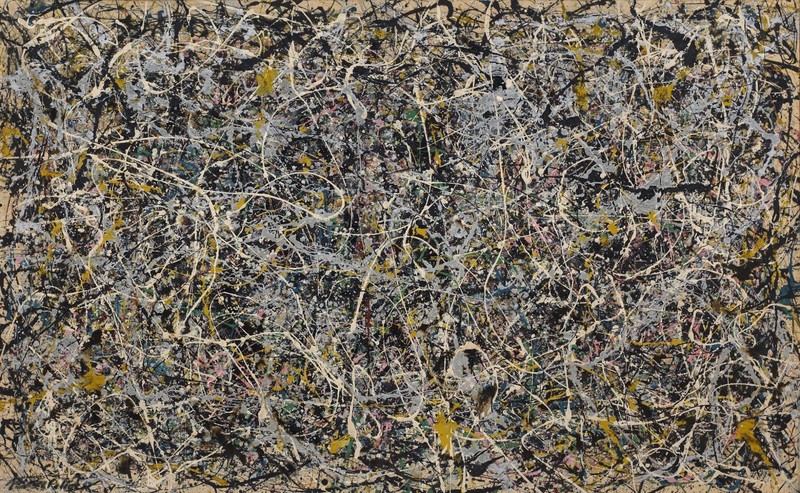 I realize that this painting is chaotic, and that’s kind of the point. This is one of Jackson Pollock’s paintings titled “Number 1, 1949. All of the paintings he created had no specific title or subject, as many of his works were abstract expressionist paintings. Pollock is probably the best known artist during this art movement because of his process of creating his paintings, he would lay a large canvas on the floor, use glazes and let the paint flow from his brushes. also other utensils like sticks, syringes and hard brushes No specific technique was used to apply this unknown consistency of paint.

Pollock just danced and moved around the canvas, letting the paint move until it landed on the canvas. During this new art movement, some wondered if his paintings could even be considered art. They thought how can this be considered art when all the artist does is drip and splatter paint from a box onto a canvas on the floor? Pollock’s paintings were messy and chaotic, but expressed feelings through movement and color. It reminds me of life; it’s abstract, can be seen in different lights and perspectives, but still crazy and messy at times. If you want to learn more about Jackson Pollock and his artistic technique and process, I recommend watching the movie, Pollock, with Ed Harris.

“The modern artist … works and expresses an inner world – in other words – expresses energy, movement and other inner forces.” 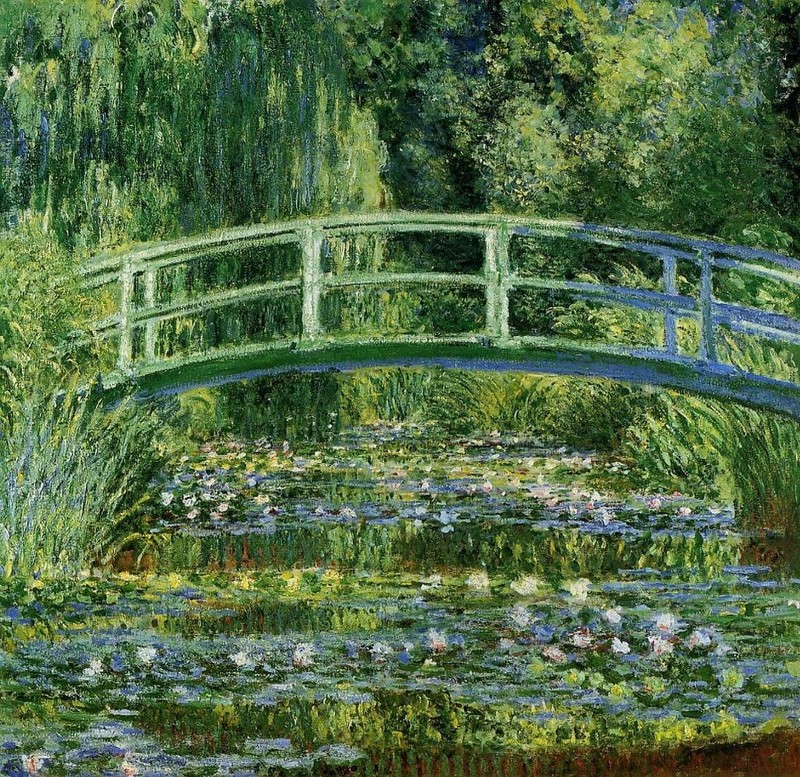 Monet was best known for his water lilies. He actually painted Water Lily Pond in his garden at Giverny. The reason many of Monet’s paintings appear out of focus is due to Impressionism. This art movement became very popular because artists started painting only impressions of what they saw. However, this is not why impressionist paintings are blurry. The reason for this is that artists wanted to paint what they saw at the time, and because daylight is always fleeting, they had to paint fast. That’s why we see loose brushstrokes and pops of greens, blues, and whites. It is intended to give the audience an “impression” or overall idea of ​​what the painting looks like. It’s not meant to be really defined or detailed with hard edges and contours. The artists didn’t want to waste light working on small details. This painting is probably one of my favorites simply because of the subject matter and the beauty. I like that it’s blurry and out of focus, it’s not supposed to look super detailed. I like how you can separate different objects by strokes. The tree on the left looks like a willow because of the medium vertical strokes, the tree on the right is different, it has dabs instead of strokes.

4. A Sunday afternoon on the island of La Grande Jatte 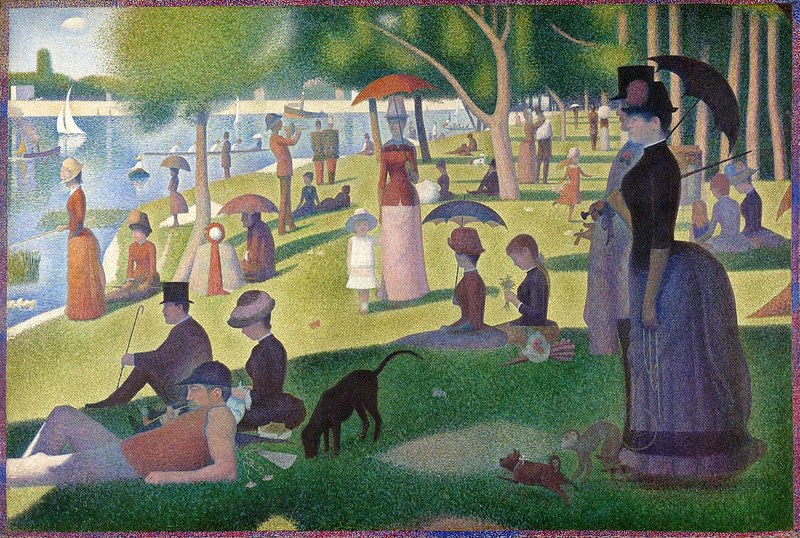 Some of you may be familiar with this painting as it made an appearance in John Hughes’ Ferris Bueller’s day off. When the camera zooms in between Cameron and the little girl in the painting, you might have noticed that there are a ton of tiny flecks of paint that make up her face. This artistic technique, known as chromoluminarism or pointillism, was used by George Seurat. Pointillism, in the simplest terms, is when you bring two primary colors close together and from afar or at a certain distance, your eyes and your mind begin to mix these two colors together because they are so close. Seurat was able to achieve the perfect shade for skin, shadow, and clothing by using a variation of primary colors. Different primary colors put together create a variation of colors and hues. The meaning behind this painting is that it is entirely in pointillism. Imagine having to fill a 6’10” x 10’1″ canvas with only tiny dots of paint. It took Seurat more than two years to complete this painting.

“Some say they see poetry in my paintings; I only see science.” 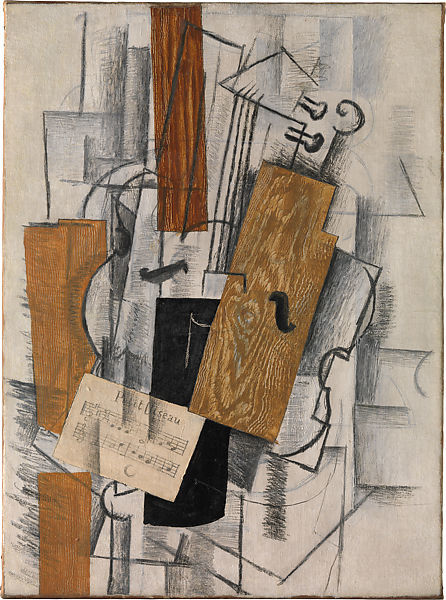 Cubism is about looking at something in three dimensions and ignoring the different perspectives, and focusing on one point. Once you focus on this point, you ignore all other edges and three-dimensional figures. Shapes, objects and lines are meant to overlap and curve. This is what creates cubism. Cubism subjects include architecture, people, music, and literature.

The best snacks you need from H Mart

Your Guide to Journaling: Everything You Need to Know to Get Started