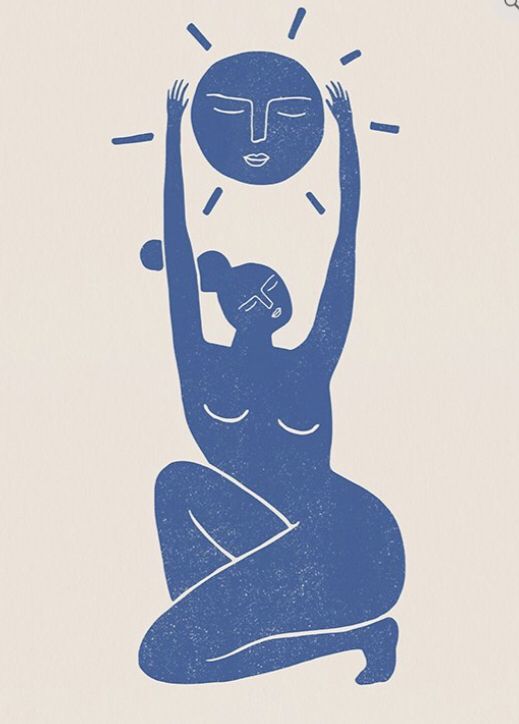 As a little girl, I always wanted to become the woman who became the “quintessence” of the female sex. We all know who she is: relatively tall, thin, tanned, big breasts, big buttocks, short stature, hairless body. Her fingernails are long and sharp, her hair looks like she’s been living in a spa for three years. Today, she is the “ideal” woman. We see her parading on Facebook, on screens and billboards all over town, and even in movies and art.

Of course, over time, I realized how impossible it was to become her. At age seven, I was diagnosed with precocious puberty, which basically meant that everything came sooner, but also stopped sooner; at twelve, I had already reached my full height of 158 centimeters (five feet one and three quarters) and my cup size of 32AA.

My confidence sank to the depths of the sea. I found random things about myself to criticize for no reason: my hair was too frizzy, my skin was too pale, my nose was too bumpy. I was worried about my teeth getting twisted, but I’d be worried about wearing braces. I was worried that my upper lip would be bumpy, as I have a habit of scratching the skin. I even worried about my birthmark, the one on my left leg that looks like a giant almond, so I covered it with my hand so no one could see it. I hated my glasses, my stomach which seemed terribly disproportionate to my small breasts, my cheeky cheeks.

The school did not help. Even my closest friends would point out the little things that were wrong with me, and I, being the dramatic person that I am, would just add them to my list of flaws and forget to consider that there was anything wrong with me. does nothing serious. with my body. The meanest, most hated person in school might laugh at me for wearing makeup to cover a pimple, and my head would plunge into a whirlwind of torment. 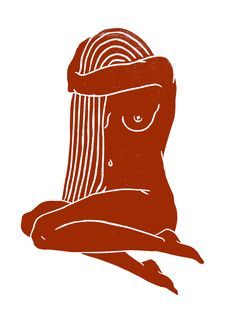 I called myself a feminist. I was not not a feminist – as a girl writing about femininity, advocating for equal rights, and doing my best to draw attention to the indispensable role of women in society, it seemed like I was doing everything right. But there was one thing missing, and that was probably the most important part of it all: I didn’t like my body, unconditionally. I pretended that body image didn’t matter to me, that it shouldn’t matter to anyone, that all women’s bodies are beautiful. And yet, mine was not enough.

One day I was talking with my best friend A. in the bathroom between classes. She examined herself in front of the mirror. A. is long and thin, and she has the hair of a lion. She complained about her “flat” body, and of course I told her she was ridiculous. But then I realized, how could I tell my best friend she was ridiculous when I was constantly doing the same thing to myself? Isn’t that hypocritical? 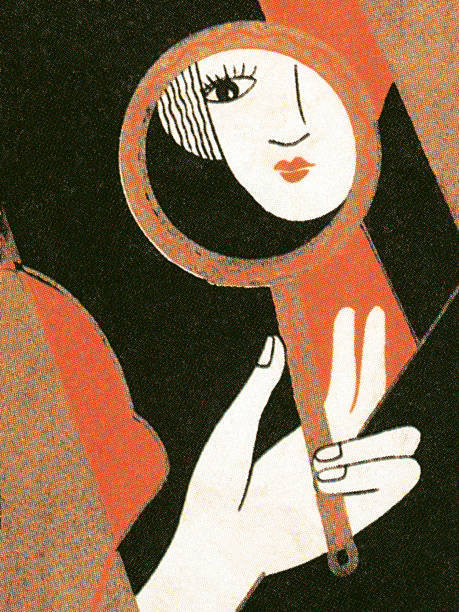 A confident person would probably have told me to find a way to tell myself the same thing I tell my friends. Sounds so easy, doesn’t it? Well, any woman can tell you that’s a billion times easier said than done.

If you’re like me, you probably find it extremely frustrating when a confident person tells you, an unconfident person, to feel more confident. Looks like they’re asking you to grow flowers without water, to make the sun shine at night. How to make something out of nothing?

For years I struggled with this problem. Feeling confident was sometimes so out of reach that I just stood back and watched it drift away with the clouds, to a distant place. It was easy to tell my friends they were beautiful, but so hard to say the exact same words to myself. 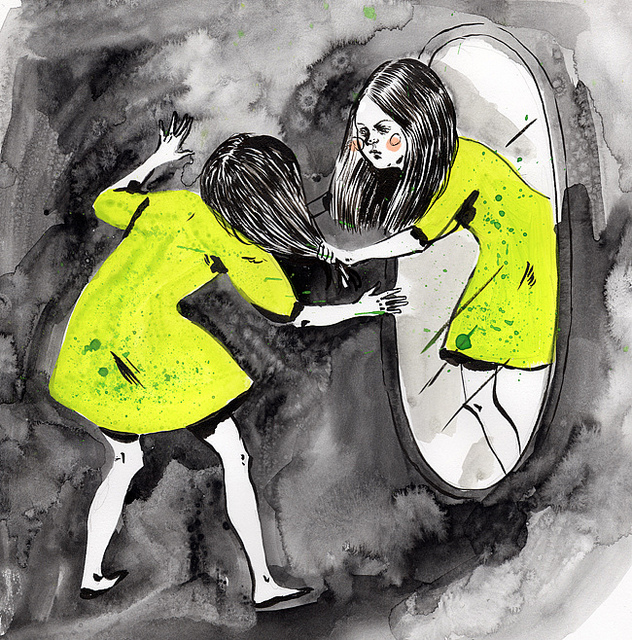 From my extensive research of seventeen years of life and experience, I know that I am not the only person dealing with this. Most women have been there. Most women have been in a situation where they pretend they don’t care, but they really plan their every move in their head, just to make sure you don’t see the “bad side” of their face. (whatever that means), or their “elephant” ears that hide under carefully placed layers of hair. Most women felt let down by something about themselves and had to hide it just so no one would know how much they really care about them, just so they look confident when they really aren’t.

And it’s okay to want to look different sometimes, to want to gain weight or lose weight, to want to replace glasses with contacts, to want to cut your hair or cure your acne. Feeling attractive is so important to boosting self-confidence, and sometimes extra beauty treatments are needed. What’s wrong is when you shred yourself into a mere piece of your body and let that drive you, just because the model on the poster you saw on the street has it differently.

So how do you feel more confident when you don’t? Well, it certainly won’t happen overnight. Building trust is like building a pyramid four thousand years ago. And of course, no pyramid is the same. However, there are certain fundamentals that everyone needs to build a foundation. 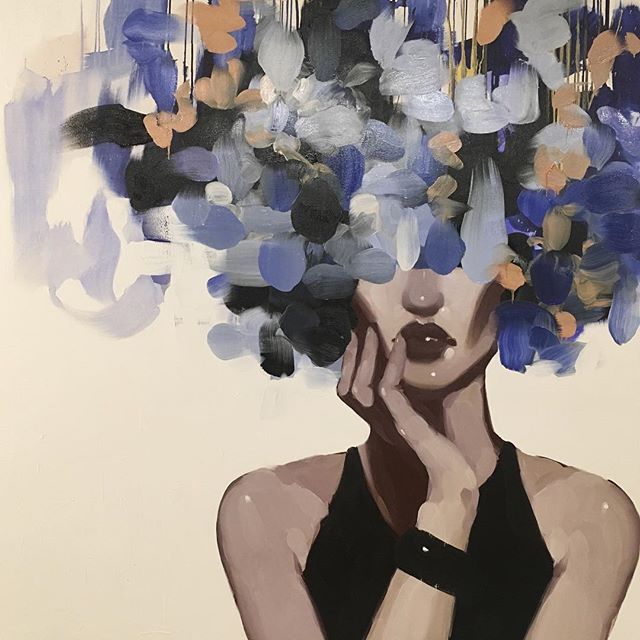 To start, it’s important to recognize why you really don’t feel safe. Is it actually because your butt is too flat or is it because the woman on Instagram isn’t? Do you really care if your hips are wide or thin, or do you care because someone told you you looked bad in those blue jeans? How important is it if your eyelashes are long or short, if your fingers are short or slender? Would you mind if you thought society didn’t care?

Second, remember that it doesn’t matter as much as you think. You are the protagonist (and antagonist) of your life, so of course anything that feels “out of place” will stand out against you; but most people probably don’t care as much as one might expect. And yes, some people care and criticize what does not correspond to the “ideal” woman. If you know someone like that, shave them off your life like you would shave a potato or a carrot.

Also – find what makes these “imperfect” elements yours, then embrace them. I’m working hard on this one, and I haven’t reached a point of full embrace yet. Still, I try not to victimize myself because, in the world of trust, that’s like plunging headfirst into a volcano. So when my head goes to these defeatist rants, I try to remember that my mother gave me every part of my body, that she made them especially for me, and that I owe her to thank by valuing each piece. To offend me is to offend my family, my roots, my essence. 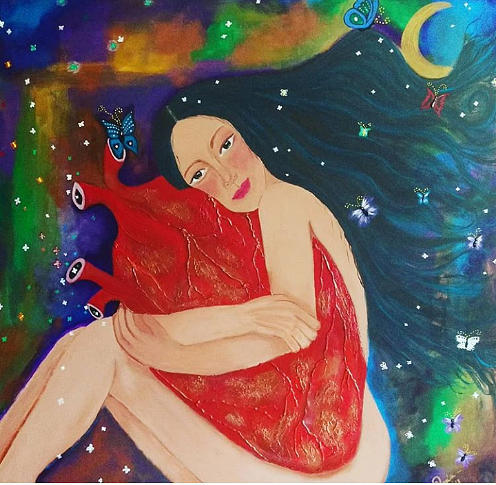 So: My hair is not frizzy, it is alive like a jungle. My teeth don’t have to be straight to be beautiful. My boobs aren’t too small, they’re just small, they’re custom. My nose isn’t bumpy, it’s mountainous and demure. My legs are not short, they are just legs, with which I used to walk, swim and sometimes fly. My skin isn’t pale, it’s porcelain. My almond birthmark is not embarrassing, it is the stain of my youth, the part of me that will always remain unchanged.

What do you think? What makes you beautiful?

10 Halloween Costumes You Must Try This Year

Thrifting online: everything you need to know