The story behind the shoe: Dr. Martens

Dr. Martens, among several other shoe brands, has seen growth in recent years. With the upsurge in fashion trends and competition, the brand has persevered in its trending status even during some of its toughest times. Although the shoe is perceived as a relatively new product, it is not. 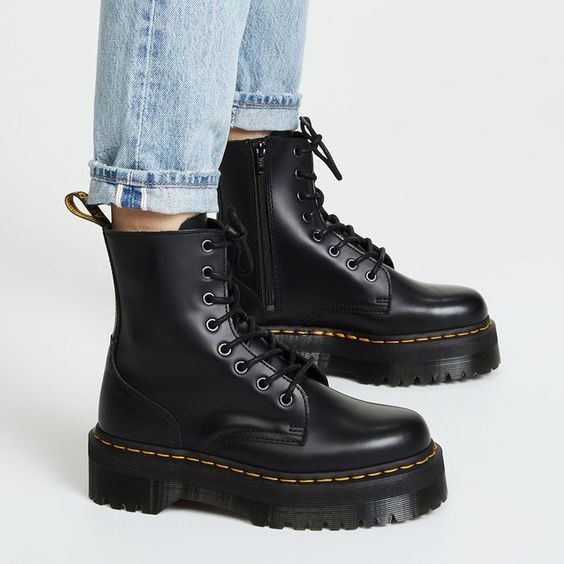 These days, Dr. Martens is considered a bold and chic accessory that helps tie an outfit together. On the company’s website, they claim the shoe is for “people who possess a proud sense of self-expression. Different people.” Ironically, contrary to this claim, those who originally purchased the product were not described in this way.

The history of the shoe

The birth of footwear can be traced back to the Griggs family in the early 1900s, who at the time were the foundation and heart of the English footwear industry. For decades they have had a commendable reputation for producing tough and durable work boots. After a few years, in 1945, post-war Munich, Germany, Dr. Klaus Maertens, a 25-year-old soldier, broke his foot and decided to create a one-of-a-kind air-cushioned sole for help his recovery. Maertens’ innovation was exciting because all shoes of this period had traditional hard leather soles. 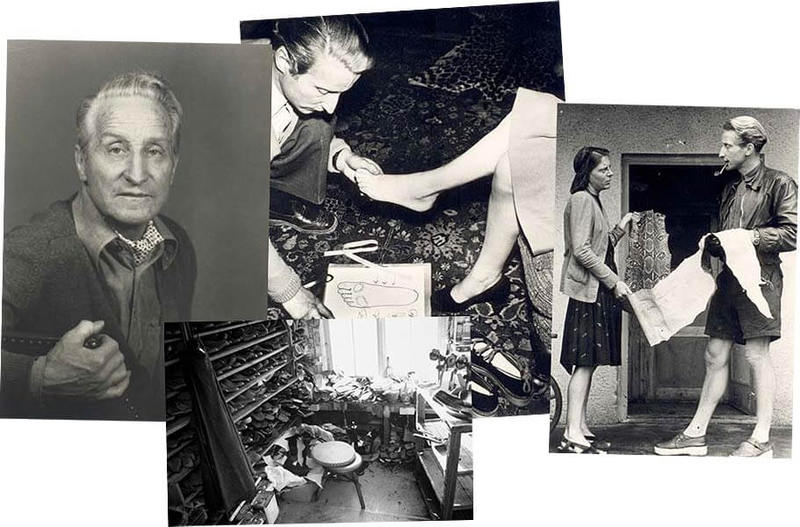 After partnering with his university friend, Dr. Herbert Funk, Maertens began formal production in 1947, using disused military supplies. A decade later, business was booming and both men had made history with their revolutionary soles. In 1959, the duo decided to publicize their invention in foreign magazines.

Back in England in 1960, the Griggs brothers saw the advertisements of the Maertens-Funk duo and were amazed. After obtaining an exclusive license and slightly modifying the design, the shoe is reborn with a modified heel, distinctive yellow stitching and a unique sole pattern.

According to Dr. Marten’s website, “The boots were branded ‘Airwair’ and came with a black and yellow heel loop bearing the brand’s name and the slogan ‘With Bouncing Soles’ (based on Dr. Bill Grigg) name of the date of its creation, on April 1, 1960, the Dr. Martens 1460 eight-hole boot had arrived, and from then on, the shoe was transformed and recognized as the most comfortable shoe that had ever existed – but his reputation would change dramatically as the 1960s rolled around.

The symbol of self-expression

Dr. Martens were invented primarily and originally to relieve the aching pains of workers from their hard and laborious work; however, once skinheads were introduced to the boot, the purpose of the shoe was redesigned and is no longer the same. 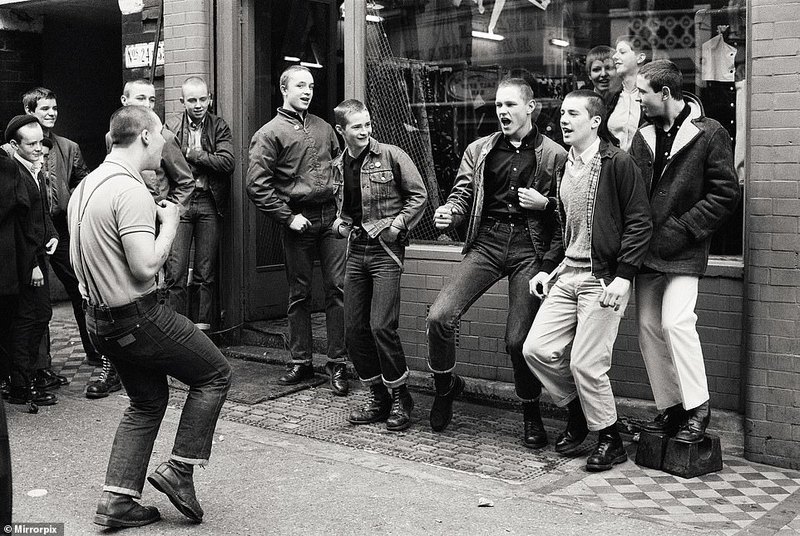 As a multicultural group proud to display their working-class pride, skinheads have adopted the shoe as a symbol to reflect their honor and confidence as a worker. After The Who’s Pete Townshend became the first high-profile individual to wear these boots – in a bid to brag about his working-class pride and defiant demeanor – the shoe was never the same. Now, instead of being a “functional work boot”, the shoe is being revolutionized as a “subcultural essential”. 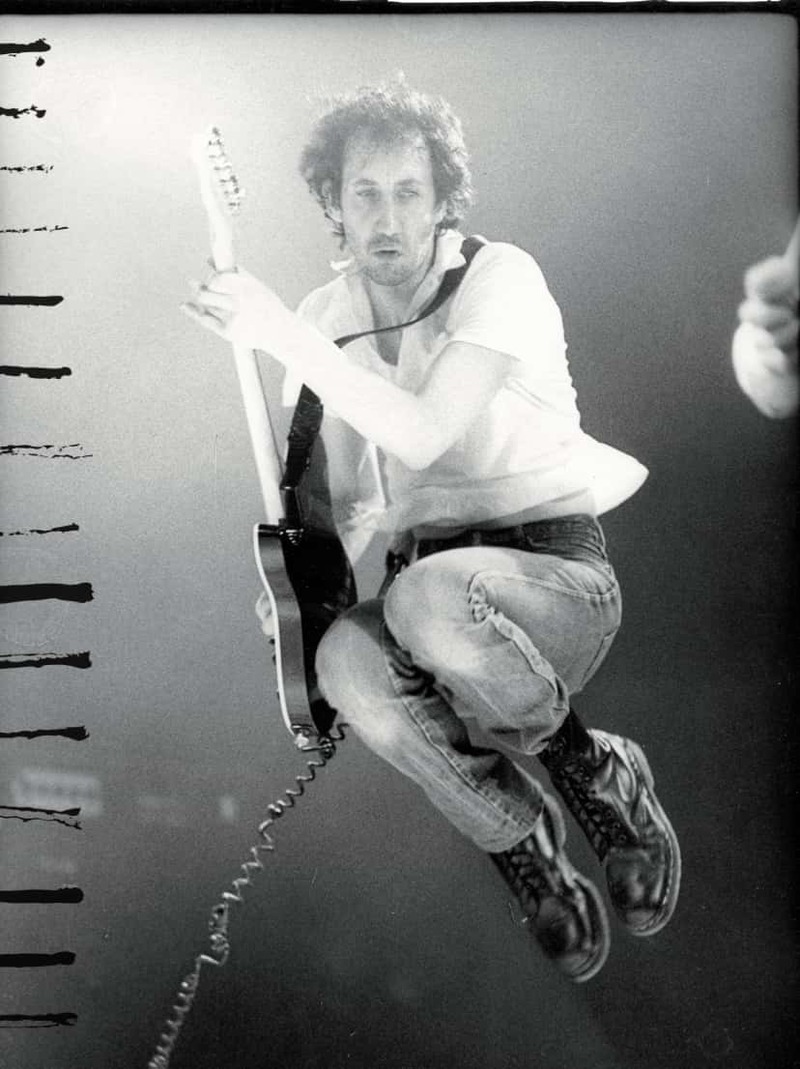 During the 1980s, Britain was hit by several anti-government riots and social resentments, mainly caused by youth. With the youth came their culture of being “highly visual and individual”. [groups] such as psychobilly, grebo and scooter boys. At the same time, many girls noticed that there were several sales of small boots for men in stores. Soon after, the girls created a street trend, which contributed to the aforementioned cultural trends. , in which they bought the shoes and personalized the 8-hole boots (usually with flowers) to make a statement. 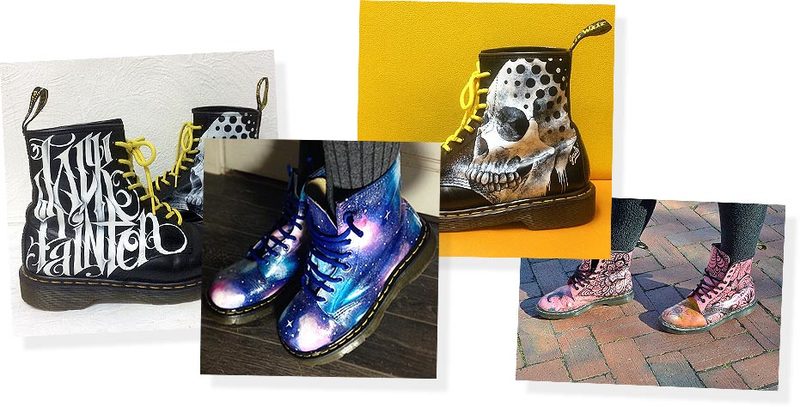 Simultaneously, with tours across the UK, several American musicians brought the iconic Dr. Martens boots back with them to the West Coast. This resulted in “the brand’s adoption by the American subculture”, meaning that the shoe’s popularity in the United States was beginning to grow – and would continue to do so from then on.

The heart of the shoe

Throughout the shoe’s existence, one concept has helped Dr. Martens become the brand it is today: music. The artistic culture of musicians and their fans has provided the iconic brand with practical and clever ideas since the beginning of its time. Without the music festivals and rock bands that helped publicize the shoe, there would be no Dr. Martens today. Even nowadays, without music apps like TikTok that combine fashion concepts with certain customizable items, i.e. E-Girls/Boys concept, there would be no continuous advertising for the brand.

The importance of music is such that the brand even has a page on its website dedicated to promoting “underground” and “unknown” musical groups. Along with a brief intro, they post video links, or “free gigs,” that feature each specific band’s music and their distinctive personalities. They claim that the artists on this page reflect and embody “the Docs spirit”, which refers to the style of the musicians who have helped shape and promote the company’s shoe from the very beginning.

Although the company seemingly died out with its struggles in the early 2000s, its popularity quickly rebounded in the 2010s with the rise of social media. Celebrities, like Gigi Hadid and Irina Shayk, were often seen casually sporting the original 1460s, thus inspiring youngsters to partake in the style of the shoe as well.

Also, with the return of punk and grunge looks, many people have found Dr. Martens boots to be the best addition to their outfits. With a myriad of colors, styles and patterns, there is plenty of room for customization, which helps to further emphasize the wearer’s ‘self-expression’ and individualism.

Many people have experimented with the shoe by juxtaposing it with more feminine garments, such as flowing dresses or miniskirts. As seen on sites like Pinterest, users typically style 1460s to create a “bolder” look, oxfords for a “classier” look, and sandals for a “summery” look. 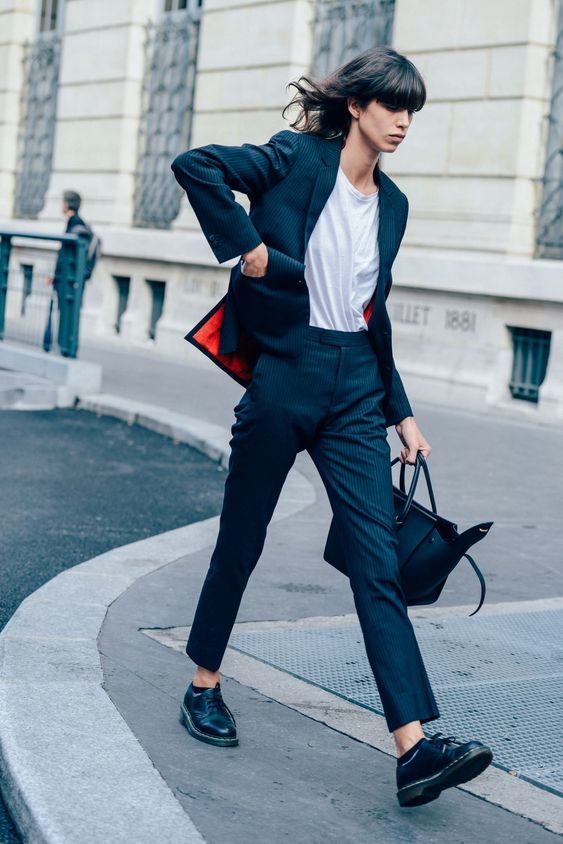 The shoe, especially in recent times, has gained popularity, not only for its unique look, but also for its reasonably affordable price. Compared to shoes from designer brands, like Fendi or Bottega Veneta, which are usually priced around $1,500, Dr. Martens’ average price is around $130, or around 9% of the brand’s price. luxury. Many Doc Martens are also seen in department stores, such as TJ Maxx, Marshalls and DSW, at a price well below the website listings.

Separate from its main site, Dr. Martens has a blog devoted to informing its customers about special and limited collaborations. Currently, among many others, there are articles regarding the brand’s partnership with Japanese designer Yohji Yamamoto and the infamous rock band, the Sex Pistols. You’ll also find inspirational features on the page that spotlight American artists who design their bespoke materials.

In addition to displaying collaborations, music archives and style inspirations, the blog also includes snippets of information on the making of the shoe, design contests to win concert tickets and the appearance of the shoe. at many fashion shows.

No matter the style, occasion or mood, Dr. Martens is always there to provide a stark contrast to any everyday outfit, and it’s all thanks to Dr. Maertens – for breaking the foot.

Easy detox drinks that will kickstart your day

Nice sports shoes that will make you want to exercise