When cola, music and technology merge… 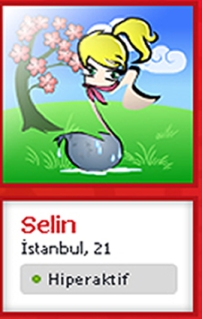 To this end, Coca-Cola has created the Coke’n Music brand in collaboration with Mobilera. With this breakthrough from Coca-Cola; He has created a social music platform where music lovers can come together by taking advantage of the functionality of music to increase sharing among young people.

As part of the Coke’n Music project carried out in cooperation with Mobilera, which was selected as Coca-Cola’s digital agency in 2009, users can listen to music of any type and mood they want, watch images of the world’s leading clubs, play music games, add messages to songs, and share with friends on the website and outside channels. In addition to being able to access applications such as creating a musical note of their own, they have the possibility of creating a new social network for themselves by meeting on the same common ground thousands of users who like to listen to music. With a brand new stage of the Coke’n Music project, users also have the option of singing karaoke through Microsof Live Messenger. In order to publicize this project and arouse curiosity, a virtual character named “Selin” was created on Microsoft Messenger. Selin, as an artificial intelligence robot developed in partnership with Microsoft Messenger Live and implemented for the first time in Turkey, also sends weekly welcome messages and informative messages to its members as a virtual administrator of the site Web Coke’n Music. Selin can chat with users who add her to the Microsoft Messenger Live friends list by automatically replying to what they write. In addition, when the word “karaoke” is written during the chat, Selin sends an invitation to users and those who accept this invitation start the application where they can sing karaoke through Microsoft Messenger. Through this application, users can sing karaoke to songs on www.cokenmusic.com using their microphone and webcam, share their karaoke with their friends or send them to the gallery on Microsoft messenger and www.cokenmusic.com.

The most important question: OK or continue?

Oh, what a beauty!