As you may know, May is Mental Health Awareness Month. This is the perfect time to educate yourself about mental health. One of my favorite things about reading is that it gives you the opportunity to experience perspectives different from your own.

What better way to break down the stigma and stereotypes surrounding mental health than reading about characters with mental illnesses? Unfortunately, it can still be difficult to find books that deal authentically with the subject of mental health. As always, representation is key, so here are six of my favorite books that do a great job of discussing mental health.

1. A Kind of Happiness by Claire Legrand 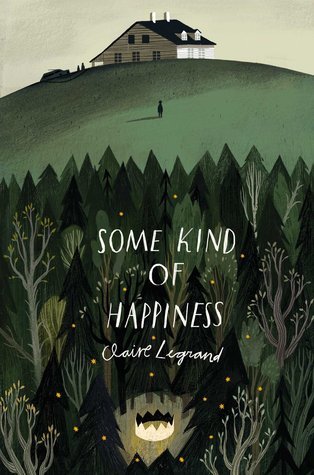 Finley is sent to live with her grandparents, whom she has never met, for the summer while her parents discuss divorce. Finley, 11, suffers from anxiety and depression, but she doesn’t understand it. She escapes from her life in Everwood. She has notebooks upon notebooks filled with stories of Everwood, a fantasy kingdom, with characters and plots that often parallel her life.

Once Finley begins to explore the woods behind her grandparents’ house, she realizes Everwood might not be so fictional after all. She goes on an adventure in the woods with her cousins ​​and they meet a family of boys they are ordered to stay away from. As they continue to uncover the mysteries hidden in the woods, Finley realizes why her father kept her away from her family for so long.

I think this book does a great job of showing how difficult it can be to live with mental illness, especially as an adolescent or teenager. I really loved this book and a friend of mine who read it too. As an anxious teenager who loves to write, I definitely sympathize with Finley. I enjoyed the complexity of the plot and the way everything tied together at the end.

Melinda became an outcast even before she walked through the doors of Merryweather High by calling the police at a party this summer. Her former best friend, Rachel, abandons her, leaving her alone. His only escapes are art classes and an old janitor’s closet. She is depressed and barely speaks to anyone. Through her art, she begins to come to terms with what really happened to her at that party. She was raped and her attacker also attends Merryweather High. During the school year, she finds the strength to talk about what happened to her.

This book is a very powerful read. There is also a graphic novel version of Talk if you prefer to read it. I read both the graphic novel and the traditional novel and really liked both. I read the graphic novel in a day and although there are some hard to read sections, I think they are also the most important to read.

3. Lily and Dunkin by Donna Gephart

Lily wears a red dress and greets a cute boy just before eighth grade. Lily is a transgender girl. The boy, Norbert, whom Lily calls Dunkin, and she become friends. However, Lily only dates her family and her best friend and tells Dunkin that she only wore the dress out of defiance. Dunkin has her own secret: her bipolar disorder.

At school, bullies harass Lily and call her gross insults. These same bullies befriend Dunkin. Hoping to become popular, Dunkin does not stop them and instead joins the basketball team with them. In order to have more energy to be able to improve at basketball, Dunkin stops taking his medication. As Lily struggles with her father who doesn’t accept her identity, Dunkin struggles to balance basketball, her new friends, and hiding her bipolar disorder.

Lily and Dunkin is so sweet and you will fall in love with the main characters from the first page. Told from a shared perspective, you can really empathize with Lily and Dunkin. My favorite character was Lily and this book not only taught me what it’s like to live with bipolar disorder, but I also learned a lot about the challenges that many transgender people face.

4. Saving the Red by Sonya Sones 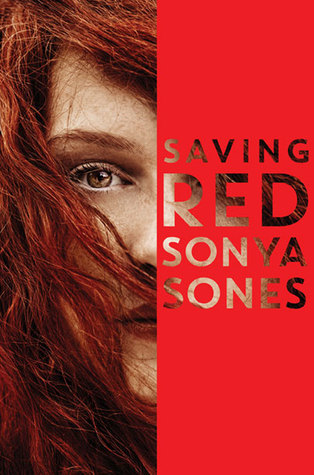 While volunteering at Santa Monica’s annual homeless count, 14-year-old Molly meets a homeless girl a few years older than her named Red. With the help of Cristo, a cute boy she met on a Ferris wheel, Molly is determined to bring Red back to her family by Christmas.

It becomes much more difficult once Molly discovers that she and Red have something in common – neither of them wants to talk about their past. Molly becomes even more worried for Red after discovering that she has schizophrenia and manic disorders. As Molly struggles to reunite Red with her family for the holidays, Red helps her come to terms with her own past.

I absolutely loved reading this book. It’s written in verse, which seems a bit awkward at first, but you get used to it quickly. Besides Red’s mental illnesses, save red also includes characters with anxiety and PTSD. I read this whole book in the space of a weekend and I don’t regret it. I loved that the characters were more than their mental illnesses. They had personalities and lives like everyone else. Cristo and Molly’s romance is super cute and I loved reading about Molly and Red’s friendship.

5. A Danger to Herself and Others by Alyssa Sheinmel

After being accused of hurting her best friend during a summer program, Hannah is institutionalized. She knows it’s all just a misunderstanding. After all, she’s innocent and once the doctors realize she’s not crazy, she’ll be free to go home. She is very smart and decides to use her powers of persuasion to get the staff on her side. In between appointments with her therapist, she befriends her roommate Lucy, who suffers from an eating disorder. As the story progresses, we learn more about Hannah and what really happened during the summer program.

In the author’s note, Alyssa Sheinmel tells us, “This book is a work of fiction and is not intended to educate readers about mental illness or institutionalization. Although she goes on to note that Hannah’s treatment in a real mental hospital may have been slightly different, it’s obvious that she did her research. This book offers a realistic look at mental illness and the stigma surrounding it. Told from the perspective of an unreliable narrator, this book was a very interesting read that I would definitely recommend.

6. Perks of being a wallflower

We meet Charlie through a series of letters to an unknown addressee. He enters high school without his best friend, Michael, who committed suicide last spring. He befriends a senior named Patrick and Sam, Patrick’s half-sister, whom he quickly begins to fall for. They introduce him to their group of friends and they bond over mixtapes, parties and the Rocky Horror Picture Show. He also grows closer to his English teacher, who gives him books to read and write reports outside of class.

Although he is still devastated by the loss of Michael and his aunt Helen, who died at the age of seven, Charlie finds happiness through his friends. Over the course of a school year, Charlie matures and learns about sex, drugs, friendship, and what it means to “feel infinite.”

This book is an endless source of quotes and you will fall in love with Charlie as the book progresses. Charlie’s world does not hesitate to tackle serious subjects and one of the main themes of the book is abuse. This book is not very long, but I am very happy to have had the chance to read it.

I hope you found some new books to read this month. The stigma surrounding mental illness persists and it is more important than ever to educate ourselves on the subject of mental health.