History is not a burden on the memory but an illumination of the soul.

My obsession with historical fiction began in third grade when I first read The American Girl books. Now at 20, I find myself constantly searching for this genre.

But like any other genre, when you start to dive into it, you want to read the books that will make you fall in love, instead of struggling to find the best of the best.

The Help tells the powerful story of three women in Mississippi during the civil rights era.

Aibileen, is a black housekeeper in a white house who finds herself increasingly unhappy with the job she has been doing for so long. Minnie is best friends with Aibileen, who also works as a maid. Unlike Aibileen, however, she has multiple children to feed and a mouth that often gets her into trouble. Skeeter is the daughter of an upper class family who would rather focus on starting her writing career than finding a husband.

Together, these women do something that has never been done before: they decide to tell the stories of black maids. This simple act is incredibly dangerous, but it could bring the change the South needs.

Gretchen Mueller grew up knowing Adolf Hitler personally, as her father was her best friend and eventually died protecting “Uncle Dolf”. Since then, she has grown up in the shadow of the National Socialist Party, the standard bearer of her ideals.

That’s until she meets Daniel, a Jewish journalist who shakes up everything she’s ever known about herself, her family, and the ideals she’s clung to for so long.

It’s one of my favorite historical fiction books because it brings to life what life was like in the shadow of such a powerful and horrible person.

There is also a sequel called Conspiracy of Blood and Smoke which is equally amazing. 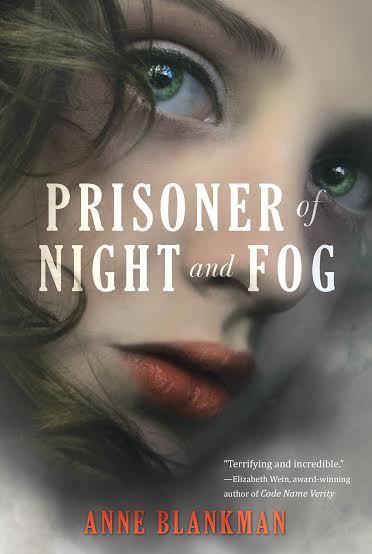 Single brother and sister Matthew and Marilla Cuthbert want to adopt an 11- or 12-year-old boy to help the aging duo get the chores done around their small farm. Instead, they end up with a spunky redhead girl named Anne Shirley.

Immediately, Marilla wants to send her away, but with some convincing from Anne and Matthew, she agrees to let Anne stay, although neither she nor Matthew knows anything about raising a little girl.

Set in late 19th century Prince Edward Island, Canada, Anne of Green Gables is the perfect story to read if you want something that will make you laugh, cry, and leave you with a warm feeling. and blurry.

In 1957 in Madrid, the Spanish people feel the weight of the regime of dictator Francisco Franco. As holidaymakers from around the world flock to the city for the warm Spanish sunshine, Spaniards know they must keep quiet.

Daniel and his parents are just a few of these vacationers. Daniel’s father expects him to continue the family oil business, but instead dreams of becoming a photojournalist.

While there, he meets Ana, whose family is still struggling with the effects of the Spanish Civil War.

As Daniel uses his camera to capture the beauty of post-war Spain, secrets are revealed showing that all is not as it appears under the Spanish sun.

For Johnny Tremain, being an apprentice goldsmith in pre-Revolutionary War Boston brought him into contact with many Patriot heroes, including James Otis and Samuel Adams.

From the early years discussing politics behind the scenes of the Boston Tea Party to the early battles of the Revolution, Johnny Tremain gives readers insight into the birth of a nation and the dreams of a teenager.

A post shared by Raindrop Books by Jane C. (@raindropbooksale)

Between shades of gray / Ashes in the snow – Ruta Sepetys

Lina and her family were ordinary Lithuanian citizens, until the Soviet secret police showed up on their doorstep one night and forced them onto cattle trains bound for Siberia. Separated from their father, Lina, her younger brother and her mother try to survive their harsh new reality.

Based on stories from the author’s family, it’s definitely worth reading if you want a tearjerker.

Growing up in Hawaii, Daisy Wilder always felt more connected to animals and nature than to humans. But when Pearl Harbor is attacked, she and several other women take the place of soldiers fighting on the front lines as part of the top-secret program known as Women’s Air Raid Defense (WARD). Their job is to guide pilots to blacked-out airstrips and track unidentified aircraft heading for the islands.

Not everyone agrees that women are the best people for this sometimes tough job, but with the ones they love to fight for America’s future, Daisy and her friends know the failure is not an option.

Told in simple yet powerful prose, this book is a must-have for fans of World War II fiction.

History and fiction are known to be two of the greatest teachers one can have. When you put them together, they become all the more powerful.

Recommended reading: The best of BookTok

I Listened to Podcasts for a Month: Here’s What I Learned