Cooking for Beginners: How to Turn Kitchen Disasters into Culinary Triumphs

Before the start of confinement, I barely entered my kitchen. If the recipe didn’t involve running a microwave or opening take-out boxes, I’d avoid possible culinary fusion. However, since I’m stuck at home with lots of free time, I decided to try my hand at baking and basic cooking. Whether it’s using a cookie cutter to scoop out a cake or exploding puff pastry in my oven, I’m definitely not Martha Stewart in the kitchen. My first culinary escapades as a home chef left my kitchen with a mess of flour, spilled milk, and burn marks.

Despite the initial chaos, my baked creations turned out not only visually pleasing, but surprisingly delicious. This article will feature my first recipes in the kitchen, as well as the comedic plot twists and cliffhanger moments that helped produce my favorite baked goods!

This is a vote of confidence for all the insecure cooks who have avoided their ovens and the stovetop for fear of burning down their homes cooking something new and potentially delicious. I’m far from worthy of Masterchef, but if I can do it, so can you! 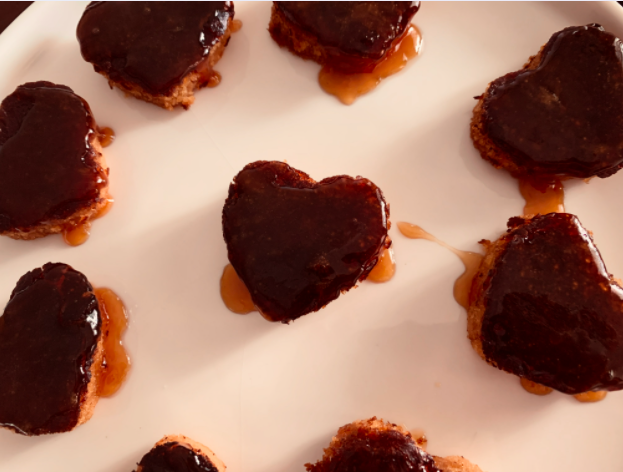 Ina Garten, American cookbook author and host of the Food Network show The Barefoot Countessa, elevates home-cooked meals into gourmet, well-done dishes. I heard about Garten during her cooking sessions with Taylor Swift and, as a true Swiftie, I couldn’t wait to try her cake recipes for a Mother’s Day treat! Her 4-star recipe for vanilla and honey pound cake was deliciously simple with three steps, a 20-minute prep time, and pantry ingredients.

However, for an 8 inch cake, I chose a 3-5 inch pan that had the sides greased so well with butter that it burned the bottom of my cake while baking. I spent ten anxious minutes scraping my cake off its tray before having to cut the entire bottom half. My Mother’s Day creation had a rough-edged, teenage look with a failed attempt at bangs.

Lesson learned? Treat the recipe like IKEA assembly instructions: one missing item leads to a structurally defective product. To revamp my cake fixer, I decided to use a heart-shaped cookie cutter and salvage the unburned middle part. I ended up with the cutest miniature cakes drizzled with honey frosting on top! Little decadence, my mini cakes were a success for Mother’s Day! 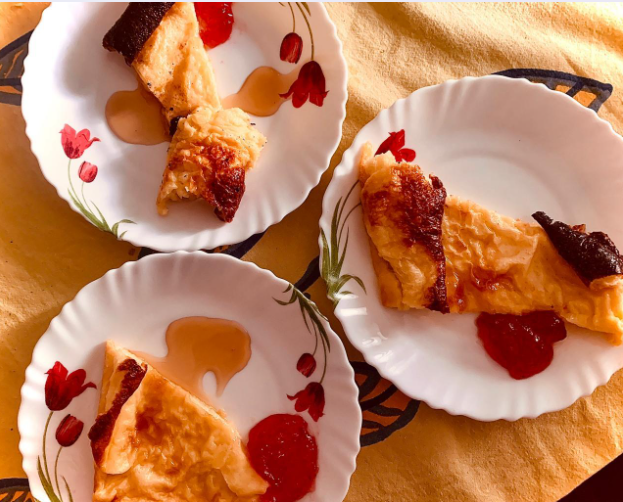 This was an impulsive attempt at the Dutch pancake for babies after I came across the very simple egg-flour-milk-and-sugar recipe on Instagram. However, the trickiest part of a recipe is figuring out the measurements, especially if you don’t have enough of an ingredient or are looking to reduce the quantity. It is particularly difficult for me, because I am not a whiz at mental arithmetic!

I have a small portable oven, so when my pancake hollandaise puffed up to the point of hitting the roof of my oven, I freaked out. The pancake was supposed to expand, but it was so unexpected that I really thought I was going to have to put my oven out with a fire extinguisher like it was an active volcano.

My recipe called for three whole eggs, but when I poured the batter into my ceramic dish (vs. the recommended cast-iron skillet), the final dish looked more like a three-egg omelette than a fluffy pancake. However, paired with Canadian maple syrup and strawberry compote, it made an extremely delicious and refined omelette/crepe. 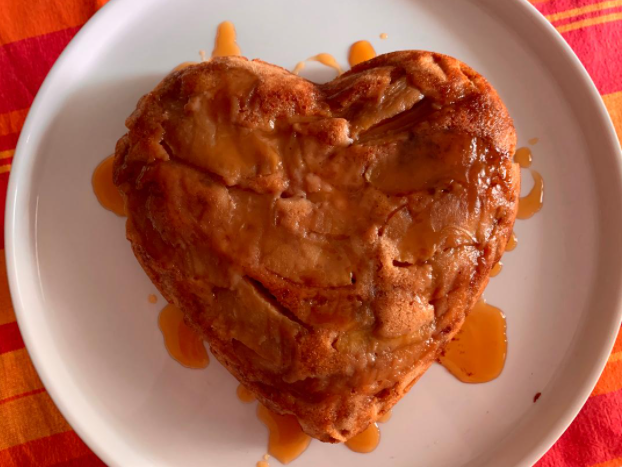 I was leveling up with Martha Stewart, the lifestyle queen who has her own set of seasonal recipes, by trying her cinnamon apple upside-down cake. This recipe worried me because it required firm Empire or Gala type apples to hold the base of the cake during baking and form the top of the cake when turned over. I also had to make sure my apple slices weren’t too thin, as I would cover the lined bottom of my heart-shaped pan with them.

However, that extra sprinkle of cinnamon on the apples and the perfect golden top when I flipped my cake after baking made this cake recipe a magic one. Topped with a honey glaze, it was a perfect fall cake recipe, with all the warm notes of cinnamon spice and vanilla inside. 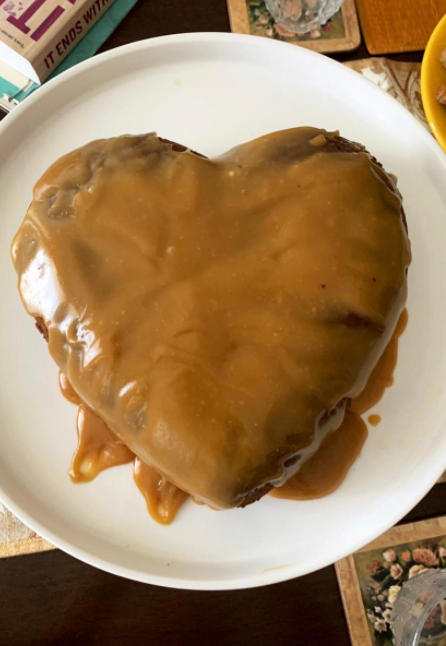 This recipe made me feel a bit like a mad scientist because even though I wanted to use the flavors of coffee and caramel together in a recipe, I couldn’t find one that combined the two together. When researching recipes online, it’s important to read user reviews instead of taking a leap of faith, because even a four-star recipe can have significant flaws. I had trouble with the coffee sponge recipe I used for this cake because it was a double layer cake recipe which meant I had to cut half the recipe to make a single sponge.

I do my mixing by hand, which can lead to issues when I get too tired of whipping butter to perfect peaks or making sure my batter is perfectly smooth. However, this cake, while slightly dense, held its own in all its heart-shaped glory.

The highlight was my toffee sauce, which, by the grace of the culinary gods, didn’t split and turned the exact “dark amber” color described in the recipe after continuous stirring. The caramel sauce gave my coffee cake a lovely glazed look as it sat majestically on its cakestand throne.

Recipe after recipe, I am gradually gaining confidence in myself as a baker in the kitchen. Although I’m sticking to all things sugar and spice for now, I hope someday soon I’ll embrace my salty side by chopping veggies like a chef in a hat, tossing noodles like a wok goddess and creating many more culinary memories!