I tried to learn Korean in 30 days: here’s how it went

After being hit by the Hallyu wave in 2016 after listening to Blood, Sweat and Tears by BTS, I became interested in experiencing different forms of Korean entertainment like K-dramas, Korean movies, Korean variety shows, etc. It wasn’t long before I could recognize some of the often used words and say short sentences like “hello” “sorry” “thank you” in Korean.

In early 2021, I took on the challenge of learning Korean, a language mostly new to me. Now, let’s be real here.

No one can achieve fluency in just 30 days, especially if the new language has a new set of alphabets and very different grammatical structures. I couldn’t find a 30 day challenge with the end goal of learning an entire language so I changed my goal a bit. However, it was still difficult.

Have a 10-15 minute conversation in Korean and try to understand a short K-drama episode without subtitles.

A detailed description of how it went over the weeks… 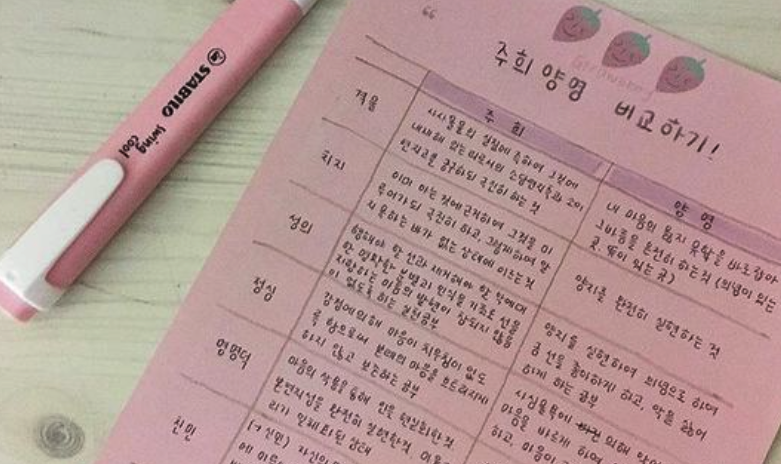 I started by learning the Korean alphabet, Hangul. I found a great YouTube channel that allowed me to completely learn Hangul in more or less 24 hours. I made flashcards for all the letters with one side Hangul and the other side as Hindi alphabet (my native language) because the sounds matched more than they did with English which made it easier for me the pronunciation.

After learning Hangul, I was introduced to the advanced Korean alphabet with double consonants and hard alphabet rules (받침). I was almost about to give up because they were really hard to remember but somehow I kept going.

Towards the end of week 1, I started learning lessons from howtostudykorean.com. I completely gave up on romanizations and tried to write and read more Korean. But, howtostudykorean.com lessons had too many things in each lesson which made it hard to follow. At this point, I’ve put together a list of all the free Korean learning resources I could find.

I started studying daily from the free TTMIK podcast and took notes in a notebook to review. But, I realized that I was going too slowly and that I would not achieve my goal just like that. I started studying from one hour videos of Miss Vicky and sometimes I studied from short Korean Unnie videos of 3-4 minutes.

I sat down every day and went over all the things I had learned before moving on to something new, otherwise it would get too confusing to continue.

I started spending more time learning Korean than my academics because I loved discovering new grammar lessons. I could understand Korean by relating it to my native language, Hindi. Grammatical structures and pronunciations were somewhat similar.

I tried to read short Korean passages to improve my reading and speaking because that was one of the areas I was struggling the most. I also improved my listening skills and tried to understand the native Korean accent by watching K-Dramas on Viki with learning mode turned on.

This week I came across a tweet asking anyone interested to form a Korean study group and immediately replied to the OP after which they added me in a group direct message and later in a Google classroom where some of the more experienced learners shared material and did their best to dispel our doubts.

The study group later evolved into a discord with many members and regular Korean learning sessions. The organizers even held weekly quizzes to test our improvement and gave us some kind of homework every day for consistency, ALL FOR FREE!

The week proceeded with little self-study and relying mostly on material provided by study group mentors to review and study in advance.

I was amazed at how far I had come when I was just starting to learn Hangul a few weeks ago. I was able to read Korean a little faster than when I started although it was still very slow.

My Korean study group did a longer quiz to determine what levels we were at to give us a better learning experience and out of the 6 levels in the group I was already at level 3 with my knowledge of some grammar structures and lots of random vocabulary from K-Pop songs and K-dramas.

Did I achieve my goal?

After the 30 days passed, I tried to have a chat conversation with a native Korean friend on Twitter. Even though it was a fairly basic conversation and my friend had to make a little compromise, I was able to understand most of the conversation even though I made a few guesses here and there.

Our conversation lasted about 9-10 minutes, which feels like an hour if you’re an amateur like me. My friend was impressed with how much Korean I was able to learn in just one week and gave me words of encouragement.

For my second goal, I tried to watch an episode of one of my favorite K-dramas, Best Mistake. The episode only lasted about 10 minutes, but understanding that was a lot harder than I had anticipated.

I couldn’t understand more than 50% of it due to the complicated vocabulary and slang, but I was able to catch a sentence or two and understand a sentence here and there. With that, I guessed most of it and eventually had to watch it again with subtitles to figure out what happened in the episode.

My advice to language learners:

1. Gather all the resources you can get

2. Try listening to songs or watching movies/series in your target language

3. Make a plan and try to stick to it

4. Learn grammar and vocabulary simultaneously rather than focusing on one at a time

5. Be consistent with practice and review

6. Expose yourself to the culture

That was the end of my challenge to try to learn Korean in 30 days.

Obviously I have a long way to go before I master Korean, but the challenge was a good head start on a long journey and I’m glad I didn’t give up when I ran into trouble learning Hangul , or so my trip. would not have started. Happy language learning!

How to start your cooking journey

A guide to manifesting your future with vision boards