Six months ago, the last episode of the mythical series Shameless was released. Fans said goodbye to the series with a smile and slight frustration at the finale of several storylines, but almost all probably remember the complex palette of feelings the series gave when Frank was again at death and challenged God or when life was punished. young head of household Fiona for being born in the wrong place at the wrong time.

Shameless is not just a popular teen show that has not lost its popularity in 10 years on the screens. The main characteristic of this series is probably the ability to talk about complex things easily and naturally. It’s really hard to find a show with a good and accurate depiction of mental illness. Shameless showed mental illness in a realistic and humanizing way. So let’s discuss what exactly mental illnesses are depicted on this show and why it’s important to talk about it. 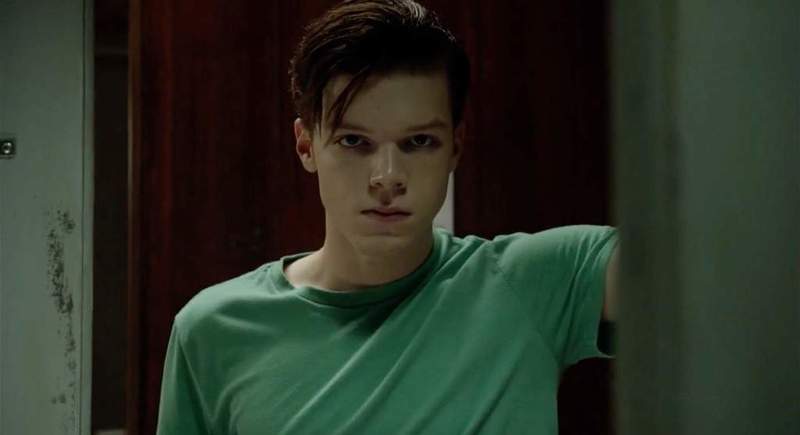 The plot dedicated to bipolar disorder is very well revealed and allows viewers not only to learn more about this disease but also to learn how to support and help a bipolar person.

Over the seasons, Ian Gallagher has shown how bipolar disorder slowly alters a person, their emotional state and their inner world. How it affects a person’s relationship with a family, partner, and in general changes his worldview.

The portrayal of bipolar disorder received positive feedback from viewers. This is what Sebastian Zulch wrote on the HelloFlo blog about “Shameless”:

Watching Ian’s journey has always been heartbreaking for me because I could relate to so much. But I appreciated the show’s positive portrayal of mental illness and medicine, which helped me normalize my own experiences a bit more. As someone who has not yet been able to hold a full time job, Ian has shown me that it is possible to get to a point where you can thrive in the workplace and you defend properly when you are bipolar and taking medication. 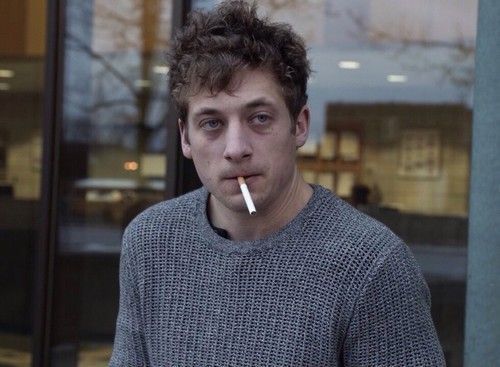 Alcoholism is the most severe form of alcohol abuse and involves the inability to manage drinking habits. It is also commonly called an alcohol use disorder.

Season 6 was certainly the most difficult and depressing season for Lip Gallagher. He is torn between the need for alcohol and the fear of becoming his father. Expelled from college and desperate, he can’t help but cover his pain with alcohol.

His life turned out to be such that alcohol became his personal drug. Every time he gets drunk, he feels really terrible. And if he tries to tie it up, he gets loose and lies down somewhere in the dirty area. Lip Gallagher’s personal hell. This is what Jeremy Allen White says about his character (for Vulture):

It’s a weird cultural thing: Where he grew up, drinking is so ingrained in the culture that he doesn’t know anything else. His father is a drinker, his mother is a drinker, he grew up in the Alibi. His neighbors run a bar. So the idea of ​​him getting help or not drinking is such a foreign concept. It’s going to take Lip some time – if ever – to come to the idea that maybe he should clean himself up. 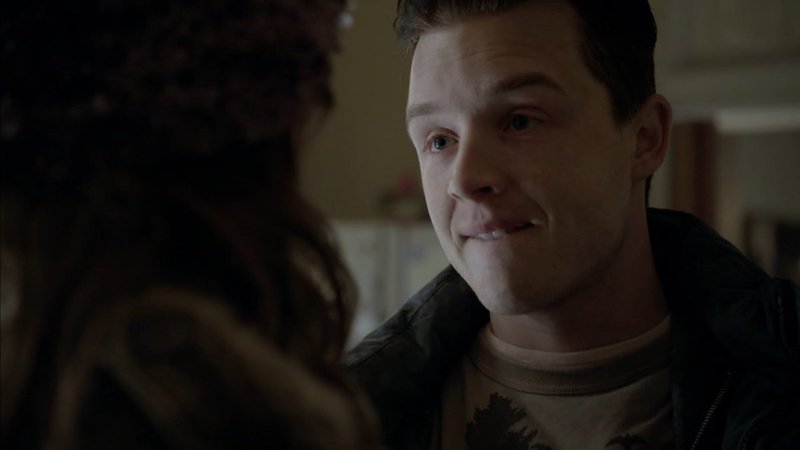 From the first time it was difficult to understand that behind the mask of self-confidence and independence, Mickey Milkovich hides the pain and resentment accumulated over the years. He grew up in a homophobic environment in the family of a bullying father, and that meant there was no room for homosexuality in Terry Milkovich’s home.

From then on, Mickey must hide who he really is by adopting the image of this badass. It may seem like he is a coward, but that is his reality. It’s the most daring thing ever done. 20 years of continuous mental and physical abuse, fear of people finding out who Mickey Milkovich really was, caused PTSD.

Post-traumatic stress disorder (PTSD) is a mental health condition that is triggered by a terrifying event, either by experiencing it or by witnessing it. Symptoms may include flashbacks, nightmares, and severe anxiety, as well as uncontrollable thoughts about the event. 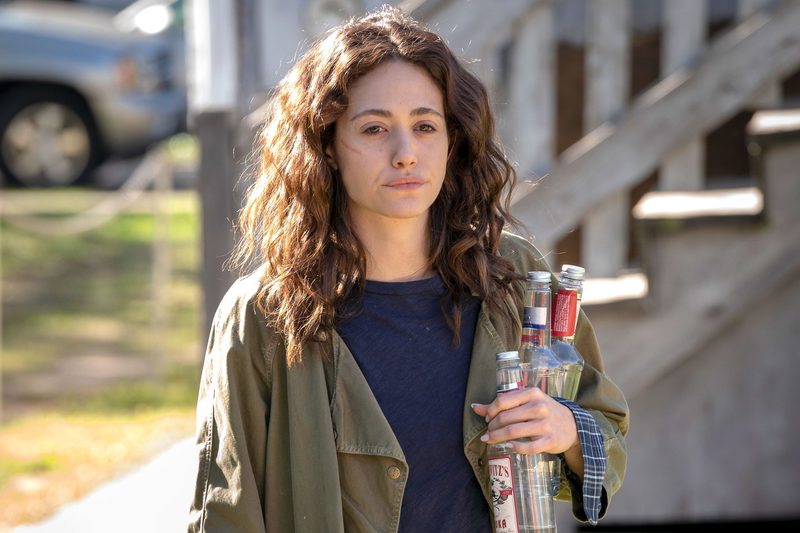 The Depression affects people in different ways and can cause a wide variety of symptoms. They range from lasting feelings of unhappiness and hopelessness to loss of interest in the things you used to love and tears. Many people with depression also have symptoms of anxiety.

Betrayal, job loss, family disagreements – that’s what broke Fiona Gallagher in season 9. Completely distraught by such a quick job change, she finds nothing better than to disguise her true emotions in alcohol . As a depressed person, she changes her perception, in reaction to the world around her, becomes, in a way, “not like herself”. Everything that was familiar and easy before became painful as she lost her strength.

Always a support for her brothers and sisters, she was unpleasantly surprised to see that they did not care about her problems and that no one reached out to her during the most difficult period of her life. 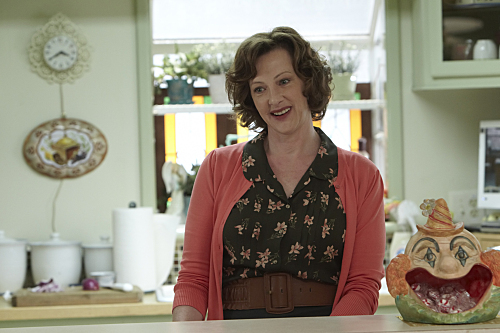 Agoraphobia is supposed to be a fear of open spaces. In fact, it is both the fear of not being able to immediately leave a place or situation and the fear of being far from home. Causes of agoraphobia include a traumatic event that happened to a person or was witnessed. It could be a fight, an accident, etc.

Unfortunately, the reason why Sheila Jackson suffered from agoraphobia was not named, but we were shown its consequences. The fear of leaving the house was a real torture for the woman and she did not consider herself a functioning member of society. This is what Joan Cusack said about her role:

“I can’t see not leaving your house in five years, but I can see the feeling, you know, [life is] overwhelming at times”

Abandonment anxiety is often caused by a loss of childhood. This loss could be related to a traumatic event, such as the loss of a parent through death or divorce. It can also stem from a lack of physical or emotional care.

Spending her childhood in the Gallagher household, Debbie had to grow up quickly from an early age and make her own decisions. Helping her elder sister to organize a kindergarten at home, she had to take care not only of herself but also of about ten children every day.

When the Gallaghers took an unknown old woman into their home in Season 1 to introduce her as their aunt, Debbie finally got the love and care she so badly needed. During this short time, hope was born in the little girl that she had found a person who would give her a good childhood, and she took the old lady’s departure to heart.

As we can see, through TV shows, the stigma around mental disorders is gradually being broken down. We hope that soon the issue of mental health issues will be even more widely broadcast on television and this will allow more people to educate themselves.