The evolution of pizza you may not know

Pizza. Pizza. Pizza. That one word lights up everyone’s eyes, wakes everyone’s ears, and makes everyone salivate. There’s nothing more comforting on a Friday night than heavenly pie with the perfect amount of savory tomato sauce and heaps of cheese. The dish has many variations around the world, with each culture adding their own twist to the plan. 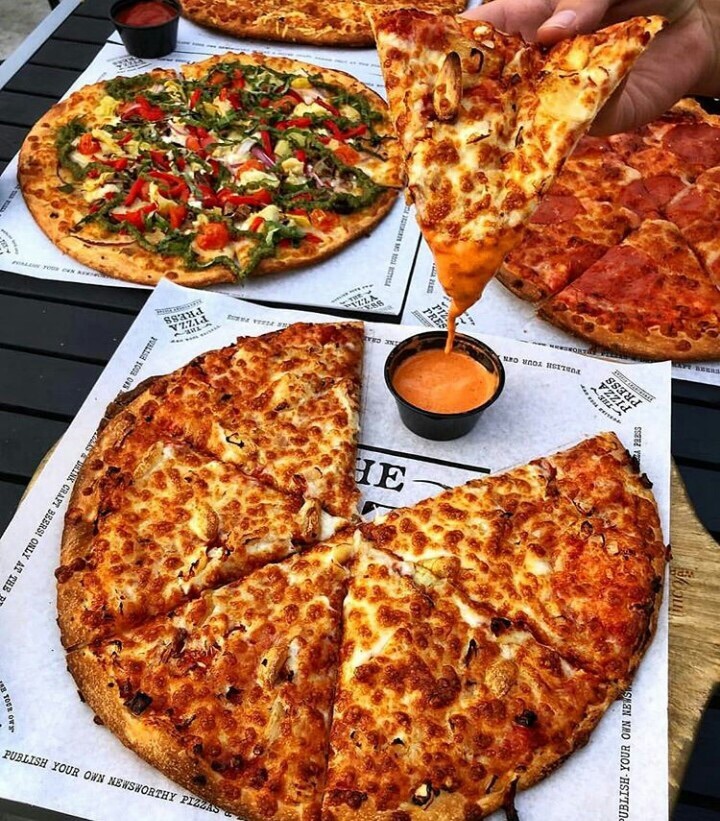 But where and how was pizza born?

Pizza dates back to ancient history where many cultures, especially the Greeks, Romans, and Egyptians, started making their flatbreads with various toppings. However, the birthplace of pizza was the city of Naples. Dating back to nearly 600 BC, people in Naples often made flatbreads with various fillings as an inexpensive and quick option for a meal. The toppings were the toppings we like now like tomatoes, garlic, cheese, olive oil, etc. The iconic Margherita pizza arrived in 1861 when Italy united and Queen Margherita traveled to Naples to try the pizza. She loved the pie topped with juicy tomatoes, stringy mozzarella cheese, and aromatic basil, and from then on, this combination of ingredients on pizza was called Pizza Margherita. On the other side of the world, immigrants from the United States of Naples recreated their delicious pizzas in America and that’s how pizza became a food enjoyed around the world. 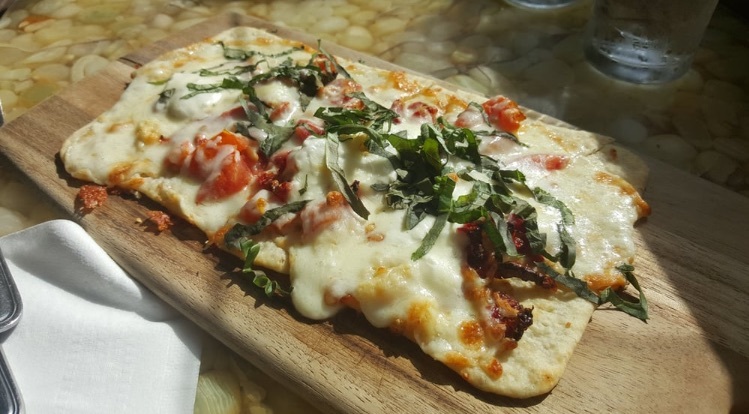 Pizzas from around the world

You will be shocked to learn that pizza is not just a round, thin crust dish containing tomato sauce, cheese and pepperoni. There is a diverse spread of the term “pizza” in various countries. From butter chicken pizza to pizza bianca, here are seven pizzas from around the world. 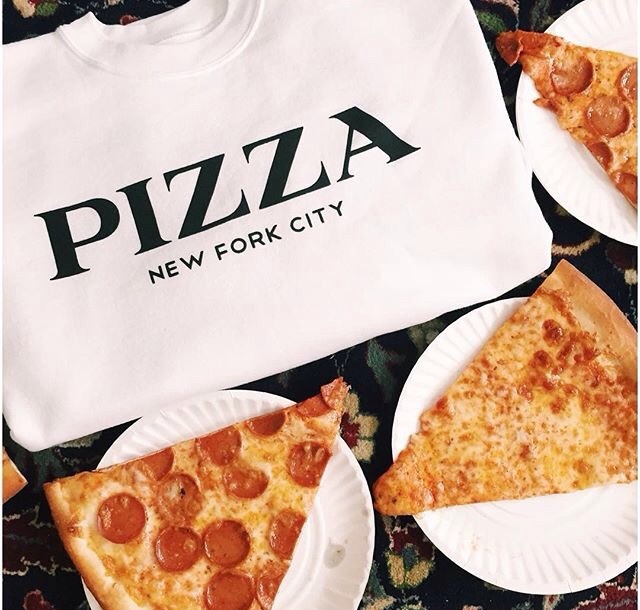 You can’t go wrong with the classic New York Slice. It is the most common pizza that most people know in the world. Crispy thin crust with red tomato sauce and a generous topping of mozzarella cheese with the perfect sauce to cheese ratio. It’s a New York staple that can be consumed and enjoyed in any mood! Most Americans would consider New York City the pizza capital of the country. Plus, it’s super cheap! You can find these slices for a dollar all over New York. 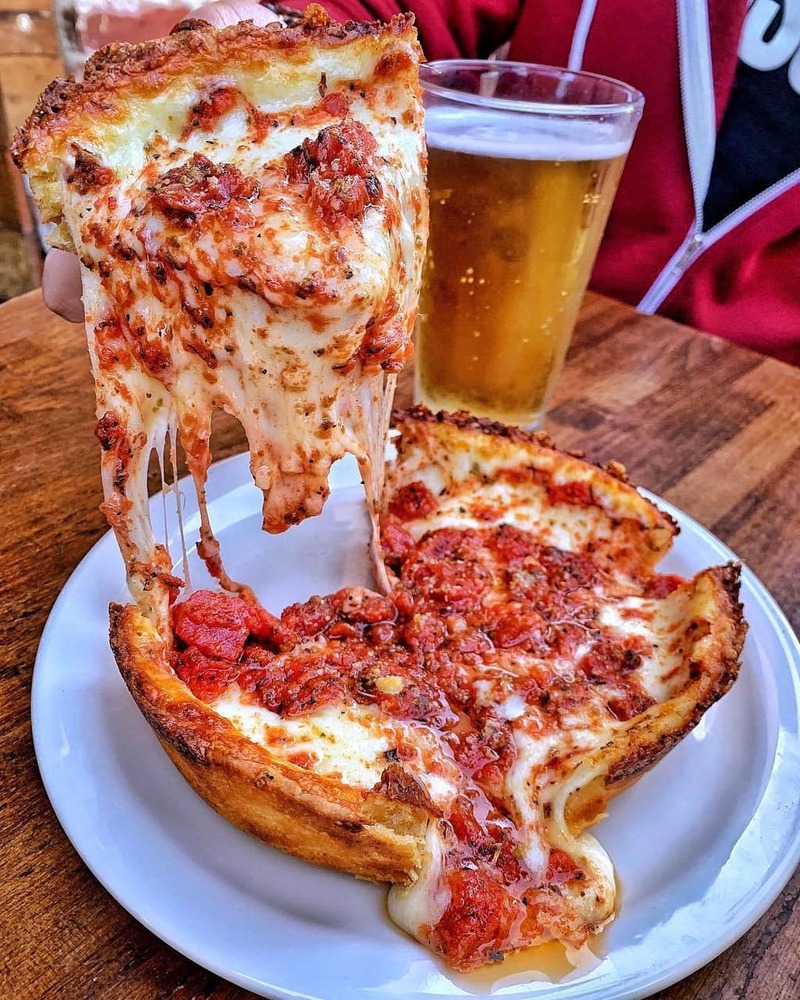 This greasy pie is the pride of Chicago. This dish is literally baked in a deep dish with a flaky buttery crust and layered with alternating layers of stringy mozzarella cheese, thick tomato sauce, and sometimes your choice of meat or vegetables. Now, this is where the age-old debate over whether pizza is actually considered a pie or not comes into play. The deep dish from Uno Pizzeria has all the elements of a pie; a crust, a large amount of filling and, is cut into triangular pieces like a pie. However, it’s up to you if you want to consider it a pie or just a pizza, either way the dish is extremely delicious!

You can’t say you’ve eaten a Margherita pizza unless it’s from the pizza nation itself. The Margherita is basically the oldest pizza and can be considered the first pizza in the world. In Naples, the pizza is baked in a piping hot brick oven for a maximum of two minutes before being served in front of you on your plate. Yes, you read that right, the specialty of a real Neapolitan pizza is that it is cooked in less than two minutes so that the fresh basil is still green. You will also see that the crust is thick and very airy and charred to perfection, but when you get to the center of the pizza the crust is extremely thin and cannot be held in your hand like you usually would with other pizzas. The amount of sauce is also much larger than the amount of cheese and that’s what makes it so difficult to eat by hand. So you’ll see that most Neapolitan-style pizzas are usually eaten with a fork and knife. 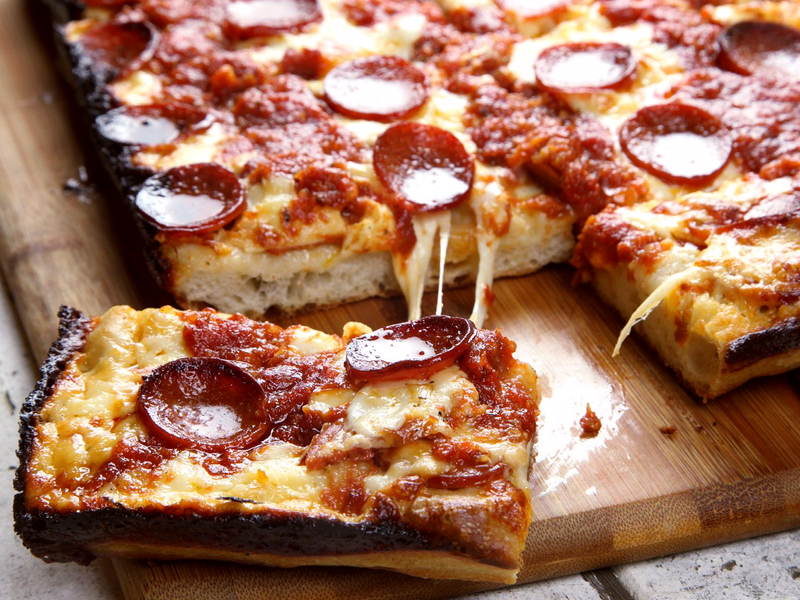 Another American variation is this thick crust square pizza. Particularly known for its unique shape and cheesy crust, you will only find this type of pizza in America. In this pizza, cheese is first generously sprinkled over the dough so that every inch of the dough is coated with cheese, especially the sides of the pan in order to achieve that crispy cheese crust. Then the sauce is poured over the cheese and your favorite pizza toppings usually follow. The reason the sauce is not applied to the pizza first is to keep the crust from getting soggy and wet. This is definitely a clever idea from Detroit! 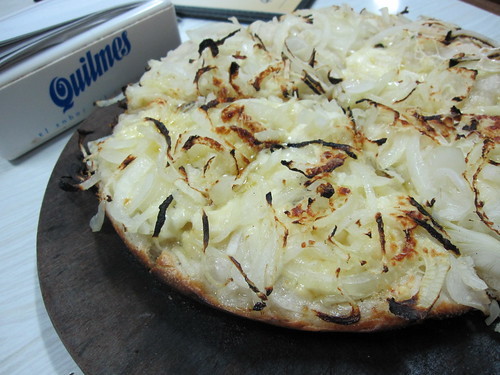 If you hate onions, look away. Fugazetta is a mozzarella stuffed pizza loaded with sliced ​​onions that can be raw or sautéed. The difference between this pizza and other pizzas is that the crust is light and airy due to the inclusion of milk in the dough, and the cheese is stuffed into the crust rather than sprinkled on top. Therefore, if you take out a slice, expect it to be overflowing with cheese! 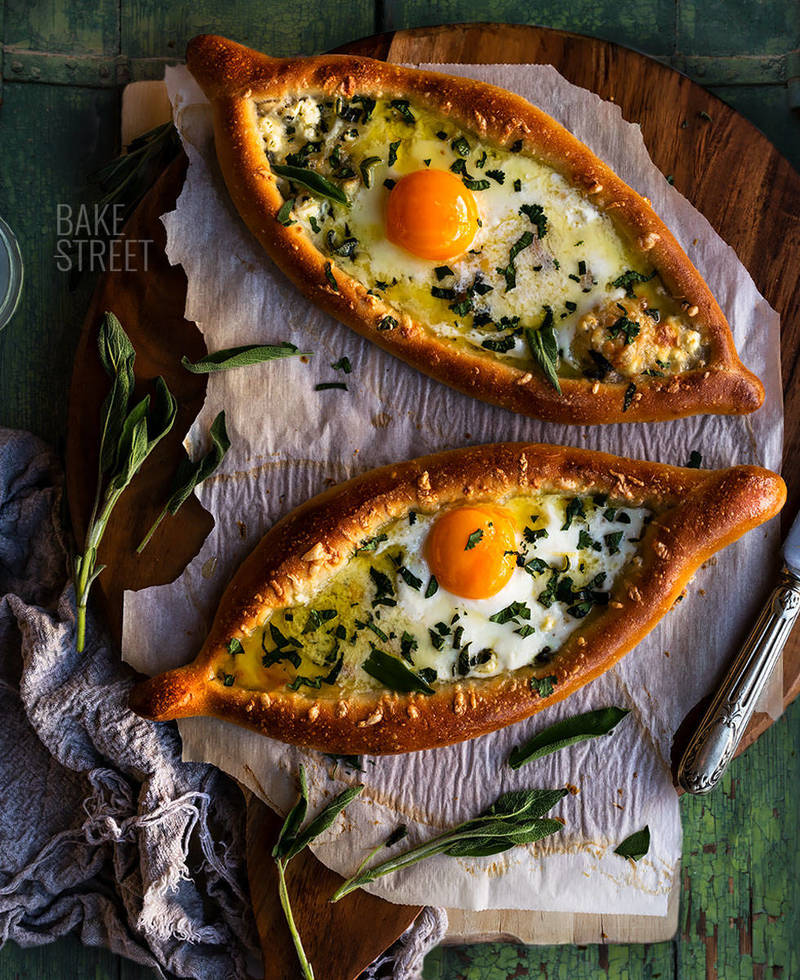 This Georgian flatbread is a very unique dish! It is most often a warm boat-shaped bun stuffed with tons of cheese and topped with an egg. However, there are many variations of the dish depending on the region, you can have different shapes, fillings and fillings. Bread is usually eaten by tearing off a piece of bread and dipping it in cheese and runny yolk. 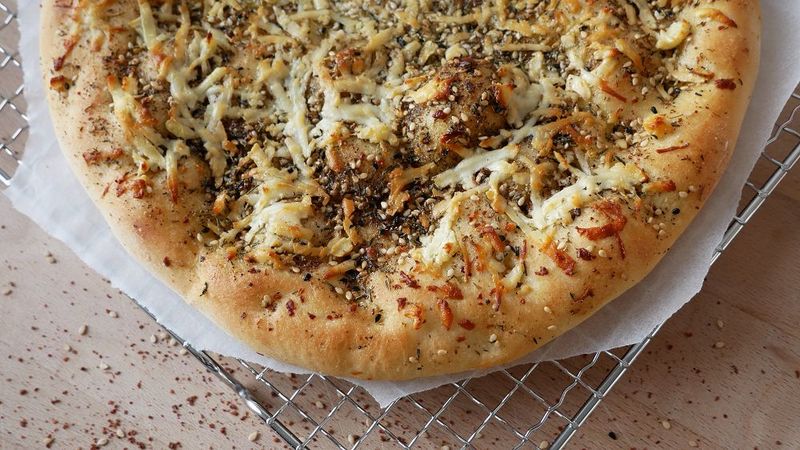 If you like cold pizza, you would love this. Manakish is basically a flatbread made with the same ingredients as pizza dough, topped with za’atar and baked. Sometimes it also includes halloumi and minced meat as a filling. As a general rule, it is eaten cold for breakfast or lunch.

Writer’s Block: How to overcome it

Gifts to get the ultimate Harry Potter fan this Christmas