During this pandemic (and the summer that followed), some people have picked up a new hobby, some have just enjoyed the break from normal, scheduled life, and some have spent twelve hours of constantly reading YA fiction. I am the latter.

At the start of the summer, with a huge playlist to read filled with fantasy, YA, non-fiction, and even old favorites like Twilight and Hunger Games, I decided it might be a good idea to documenting every book I read and sharing a list of the best, in hopes this might encourage someone, anyone, to pick up a book and start reading. Reading outside of the classroom is not only proven to expand vocabulary and improve problem solving, but it also de-stresses. Many teenagers I know loved to read, but life seems to get in the way as you grow up, and the passion for anything literary tends to fade as you get older. This list was crafted with a range of teen-focused genres in mind – mostly fiction with a bit of education, these are all my favorites. 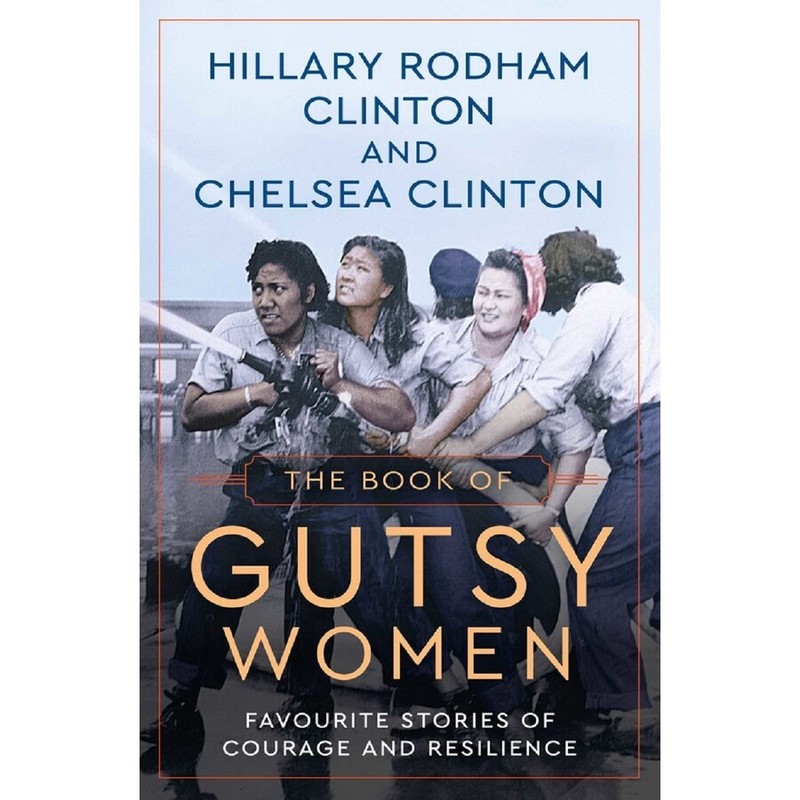 1. The Brave Women’s Book by Hillary Clinton and Chelsea Rodham-Clinton

For fans of Become by Michelle Obama, and anyone who wants their daily dose of female empowerment.

Not only has this book introduced me to so many amazing, sometimes somewhat forgotten women, but each chapter has opened my eyes to how girls can change the world. I really liked how the book was divided into sections, ranging from early inspirations of Hillary and Chelsea, to political figures and athletes, to conservationists and freedom fighters. Each chapter introduced me to a new inspiration.

For fans of Greta Thunberg, Sir David Attenborough and making the world a better place, this is for you!

Earth Heroes tells the stories of a range of environmentalists who are bringing about real change. For me, personally, it was amazing to read so many stories that are mostly unknown. Many of the men, women and children featured in this book are not only saving the planet through their contributions, but are also making local changes in their regions, such as educating women, providing jobs for those living in poverty and improving the standard. of life for their families. Each chapter begins with beautiful illustrations and a quote, and the writer begins each individual story with a page of anecdotal writing through the eyes of the conservationist himself. 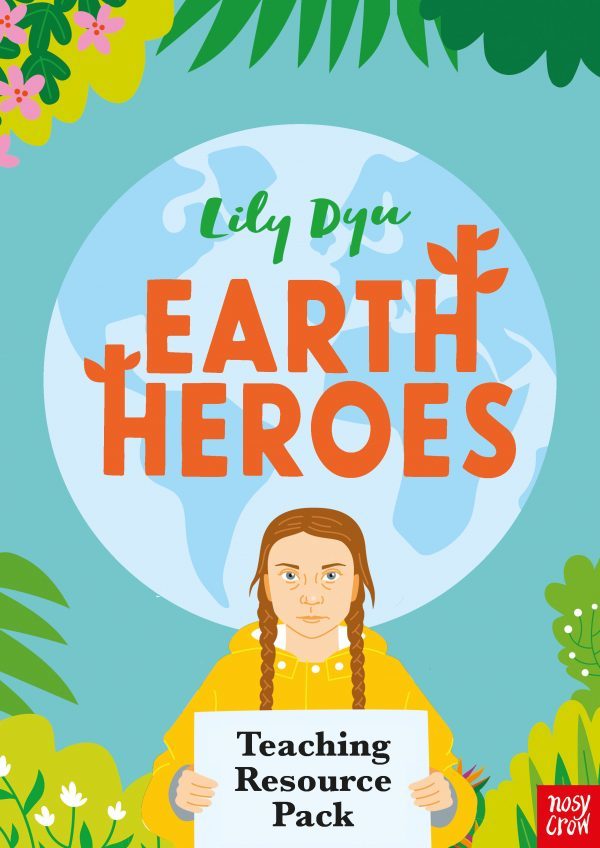 For fans of Vampire Academy, Vampire Diaries and Dusk movies…

I know…it’s a controversial recommendation, but since this infamous show is going through a “Twilight Renaissance”, I’ve decided to pick up the show again this summer. While it’s true that the writer could have focused less on the (admittedly toxic) relationship between Bella and Edward, I’ve always enjoyed rereading the books and can still pick them up in a reading slump.

Twilight follows Bella Swan as she adjusts to small-town life in rainy Forks, after she comes to the attention of handsome Edward Cullen – whose family has a dark secret that could land Bella in trouble. life or death…

For fans of dark fantasy, magical settings and black magic…

The Three Dark Crowns series will always be the first book series I recommend – the world building is beautiful and I was incredibly emotionally invested in each of the characters (there were a lot of them). This was the first series I’ve read from Kendare Blake, and while the first book, to me, was far better than the other four, the series finale left me speechless. Three Dark Crowns follows three sisters, destined to fight to the death for the crown of Fennbirn, a mysterious island separated from the mainland by a magical mist. As the books go on, the plot really develops and takes new and exciting turns, and definitely leaves the reader with a satisfying, yet sad, ending.

Drama and emotion….. Contemporary YA

5. We were liars by E. Lockheart

For fans of DynastyThis is for you!

As soon as I finished this book, I went straight back to the beginning. Although I’ve seen notices calling We were liars‘ predictable ending, there’s no doubt that characterization, emotion, and storytelling intertwine for a poignant ending.

When I first read this book, the writing style was different from many books I had read before, with lots of metaphors and stylized sections to really convey the pain, numbness and, rarely , the happiness felt by the main character. It’s definitely a great summer read, and it will always be one I can come back to when I have a reading crisis. We were liars is about a wealthy, all-American family, and how changing perspectives, teenage romance, and revenge can transform a family.

This is another book that I have constantly revisited, not only for the very open, honest, and raw depiction of the trials of growing up in an ultra-conservative small town, but also for the interesting plot points and charming descriptions . This book follows Cameron Post with a few time jumps to really encompass his entire teenage years, from the night his parents die to his first “girlfriend” to being sent to conversion therapy in the form of “Promise – a school for “sinful” teenagers. This book made me realize how harmful prejudices can be hidden and masked by religion and traditions. If you’re looking for characters to love and a story to tell, this book is for you.

Starfish was a contemporary book that I wouldn’t normally choose – but I’m so glad I did. Starfish follows Kiko, a teenage girl struggling with her identity and family relationships, and is then guided by a love for art. This book follows her after she isn’t accepted into her dream college and shows how life goes on after perceived “failure.” Kiko travels on the road with her friend, explores her relationships with her family, and reevaluates her life and goals.

8. The hate you give by Angie Thomas

This book has received a lot of hype – for good reason. For a debut novel, Angie Thomas writes with such a distinctive voice and character through Starr, the protagonist, and the novel itself couldn’t be more relevant. Unfortunately, the history of racism and prejudice (and the heartbreak that follows) reflects real events today. If you read The Hate U Give, you will surely laugh, cry and smile alongside the characters. The Hate You Give follows Starr, a black teenager in a predominantly white high school. After witnessing a life-changing display of systematic racism, Starr wrestles with the decision to speak up or shut up — fighting for what’s right while dealing with loss. 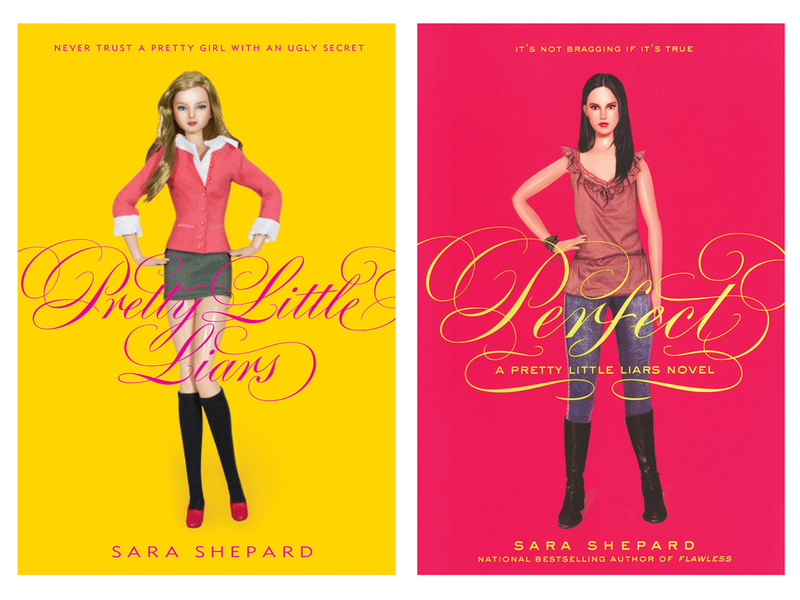 I love this section of the list because it’s for those who need a shorter read, whether it’s something to fit into a lunch break, before bed, or in between shifts. These books are for people who want something a little lighter, which is one hundred percent acceptable.

9. A shot by Tanya Landman

A shot follows the real-life story of sniper Annie Oakley, after a difficult childhood. The writing is simple. This book is probably a little younger than YA, but the themes could easily be perceived as more mature. I really feel that even though A shot is an easy read, different ages will take different thoughts away from this bite-sized novel. After Annie walks away from her broken home, she is abused by her caregivers. As she grows up, she learns to fend for herself and defy expectations by learning to shoot.

It’s not super short, but certainly readable. The PLL series on TV was one of my favorites, but the plot of the book series twists and turns in a completely different direction than the show – it’s outrageous, mysterious and so addicting. Pretty Little Liars follows Hanna, Spencer, Aria and Emily after their best friend and leader, Alison, goes missing. Things get even more complicated and dangerous when an unknown stalker, A, taunts them with their deepest secrets.

For history buffs, fans of Scottish tradition and powerful writing

Girl in A Cage follows the story of Marjorie Bruce, daughter of the famous Robert the Bruce, after being captured by her father’s enemy and the King of England, Edward Longshanks. Marjorie is separated from her family, exposed in a cage, and remembers her brief time as the rebellious princess of Scotland.