The American Lung Association talks about healthy lungs: fill them with air, not smoke

According to a study published by the Stanford University School of Medicine in May 2020, which tested more than 4,000 participants aged 13 to 24, “those who vape are five to seven times more likely to be infected with the COVID-19 virus. 19 than those who did not use e-cigarettes” due to lung damage caused by vaping and e-cigarettes.

The study also found that while young people may feel protected against the virus, which is known to affect the older population much more, this is not the case for young people who vape or use e-cigarettes and e-cigarettes. dual-use cigarettes. Of all young people tested, those who had used combustible cigarettes or vaping devices in their lifetime were “5 times more likely to be diagnosed with COVID-19 than non-users.” 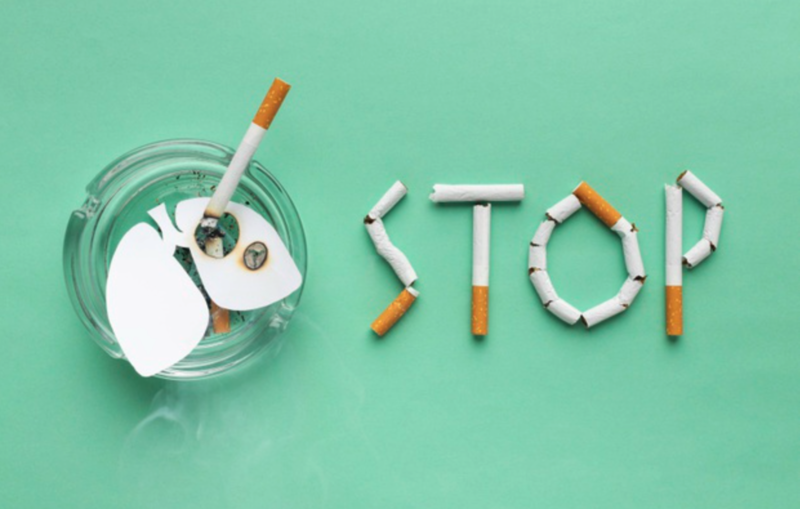 Protect our lungs and keep them healthy

Now more than ever, as the pandemic takes its toll on lung health with symptoms such as mildly critical shortness of breath and sometimes pneumonia, every breath is precious. We need to protect our lungs and keep them healthy.

Dr. Galiatsatos is a volunteer medical spokesperson for the American Lung Association, as well as an assistant professor at the Johns Hopkins School of Medicine with expertise in the areas of “pulmonology, smoking cessation, public health and youth vaping”.

The simple answer, according to Dr. Galiatsatos: “Yes, vaping and e-cigarettes have the potential to cause cancer.”

Electronic cigarettes are a tobacco product found in a variety of forms, including “electronic pens, electronic pipes, electronic hookahs, and electronic cigars, known collectively as ENDS – Electronic Nicotine Delivery Systems, JUUL, “vapes” and “vape”. pens,” according to the American Lung Association website. Although the relative risk of smoking e-cigarettes is lower than traditional cigarettes, that doesn’t mean the risk is zero.

“What I always want people to know is that our lungs are meant for air. That’s it,” Dr. Galiatsatos tells us, “if you add things that aren’t air , you take a huge risk of a variety of lung impacts that can lead to certain diseases like cancer.We know that a variety of chemicals found in e-cigarettes have been linked to cancer, such as formaldehyde, which is the chemical used to preserve corpses.”

Other highly toxic (when inhaled) chemicals in e-cigarettes are propylene glycol and vegetable glycerin, as well as nicotine, all of which can contribute to irreversible lung damage.

Since an estimated 5 million young people vape or use e-cigarettes, the American Lung Association has worked on public policy against the Food and Drug Administration (FDA) for helping to increase their use.

According to 2016 data from the Centers for Disease Control and Prevention and the FDA, 31% of college students use e-cigarettes due to the availability of flavors such as “mint, candy, fruit, or chocolate.”

To counter this, in March 2018, the American Lung Association filed a lawsuit against the FDA for keeping “candy-flavored” e-cigs and vaping devices on the market for youth consumption without examining its public health risks/benefits.

However, despite the US administration’s 2019 promise to dump the market for flavored e-cigs, the promise was never kept, and e-cig use by high school students increased by 27.5% in 2019.

Breaking the trend of social smoking

Tobacco use among teens begins with social smoking and eventually escalates to daily smoking, but according to smokefree.gov, 9 out of 10 high school students don’t smoke cigarettes.

“How did the use of combustible cigarettes drop to the lowest percentage in the 2000s? What magically happened was public policy that made it more difficult to access them and made ‘uncool’ because what attracts young people is this coolness factor.” 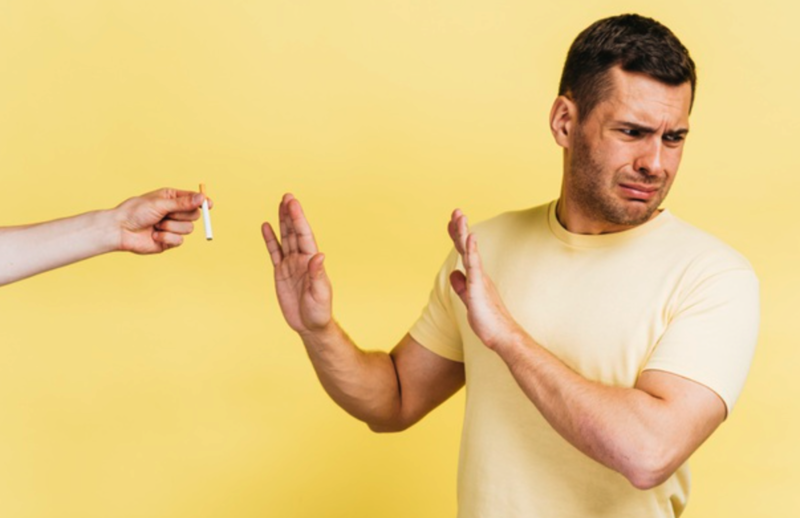 “The American Lung Association, along with other partners, lobbied to make sure we didn’t see cigarette smoking on television and in movies to keep them from influencing younger generations,” informs Dr Galiatsatos.

“We made cigarettes unattractive, but e-cigs have benefited by making them attractive again through social media campaigns and cooler vaping devices. Economically, product popularity depends on the attractiveness of the product. Break that, and we’ve won.”

Smoking weed and damaging the lungs

According to the UCLA Cannabis Research Initiative, many young adults are using recreational drugs such as marijuana to unwind from the psychological impact of the pandemic.

Regarding any correlation between smoking weed and lung damage, Dr. Galiatsatos reiterates his advice on how our lungs are only for air, nothing else. It could harm your overall health if you smoke marijuana and get infected with COVID-19, as the inflammation in our airways caused by repeated weed consumption could be seriously aggravated by a point of infection. an “exaggerated immune reaction”. who can kill.

“Mental health cannot be ignored; it’s important for people who use products for mental health management to know that these are products that are no different than a bandage on an open wound,” says Dr. Galiatsatos.

“Ideally you want to repair the wound, not just stop the bleeding, so what I would strongly encourage is finding appropriate ways to deal with the stress, anxiety and mental health consequences.”

“Recreational drugs will give you a transient feel-good effect, but that doesn’t get to the root of the problem. If you need drugs just to get by, you need to talk to someone because those challenges will create their own in the future, such as pulmonary complications,” says Dr. Galiatsatos.

Since COVID-19 has had life-threatening consequences related to lung damage via pneumonia and mildly critical shortness of breath, we need to build up our lung strength or capacity at home during the pandemic.

“Your lungs are amazing organs that adapt to how you use them. If you never use them or sit constantly without any physical activity, they won’t evolve to work at higher capacities if ever you use them so much,” says Dr. Galiatsatos.

“The best way to help your lungs is to exercise or engage in some rigorous activity that allows your lungs to get stronger. That way, if, God forbid, you get hit by a virus or infection, you have plenty of physiological reserves to help you out and be strong enough to resist it,” advises Dr Galiatsatos.

He also advises those who don’t have a home gym to make their daily chores a workout by timing themselves and doing them faster each day to get the heart pumping. “Something that gets your heart beating is a good substitute for saying your lungs are being used a lot more,” he says.

The ALA website gives you greater insight into tobacco products, helping you educate yourself and others about why these products are so harmful to well-being.

For dependency management, talk to your healthcare professional. These diseases require a chronic care strategy to manage them.

“People use these products for mental health benefits, but the impact of nicotine is not high because it has a calming effect instead. We gave soldiers cigarettes when they went to war because it calms them down and doesn’t derail or pick up on them Many young people use them to feel the same effect and to reduce the stress of being a teenager in 2021. Get a support group of people who won’t judge you/ will not stigmatize you while you are trying to quit these products,” says Dr. Galiatsatos.

Many thanks to Dr. Galiatsatos for the words and to the American Lung Association for this interview opportunity! Remember, keep your lungs healthy and safe.