Types of social media influencers who may be unhealthy to follow

Before, influencers could not be called influencers if they did not contribute anything to society. Now everyone is an influencer! This brings me to the big question: who exactly is an influencer? Is it someone who sells or promotes things online? Is it someone who spends their family’s wealth on an expensive and exquisite vacation and gets a million likes when they upload a photo because of it? Are they the musicians, actors, comedians, producers and everyone else in the content creation company? Or is it just a hot girl or guy who gets a thousand views and a million followers because they upload hot pics of themselves in swimsuits or bikinis.

Maybe the criteria for being an “influencer” is now based on how many followers or views you have. Nevertheless, these are some of these types of “influencers” that you will reconsider after reading this article.

So if you happen to be one of those people who find themselves comparing their lives with those of the people you follow on social media, then you should unfollow those people because constantly seeing their photos and their stories on your Instagram feed will always make you feel worse every day, so it’s best to totally cut them off and not stalk them!!

These people are courting attention at all costs. They behave as if the world revolves around them and they like to be the center of attention. They may say or do unreasonable things to get attention. Examples are people flaunting their bodies on social media for more views and likes, posting nudes, stirring up drama against other celebrities or brands to attract press and therefore audiences.

The sad truth about these trolls is that they get the attention they crave. People give it to them because people like drama, people want action, people like when things are tense, so these “trollers” who give it all to them end up winning their time and points seen. Don’t be one of their viewers, don’t be one of those people who encourages them to do more by giving them your attention and unwittingly your support. Most of these people who can do anything to attract the attention of the courts are self-centered and the attention and support you give them only benefits them.

Influencers who do not support or follow other influencers: 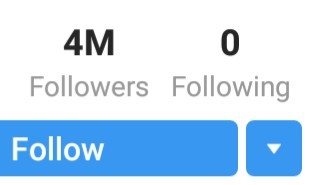 These type of influencers fell into my list because I believe in giving and receiving (you get support from people, you give support to others). So if you are showing your support as a fan by following those people or “influencers” who cannot support other people, then you should reconsider.

Have you ever seen an ad on Instagram or Facebook showing you two photos of supposedly the same person but with a significant size difference and a caption and description of their latest magic weight loss pill? If you have, then you already understand this point.

Influencers and brand ambassadors will try to convince you to buy their product. They promise you the best of the best and although most of the time their product is genuine, sometimes you might not have the chance because not all of these brands are honest. Money is marketing and marketing is a strategy that always involves a bit of overkill, which can be extreme in some cases. For example, the “magic pill for weight loss“I mentioned earlier. How scientifically possible is an obese person over 200 pounds to become a 105 pound supermodel in just two weeks by popping a pill??!! No exercise, no special diet or surgery just by popping a pill Another example are those skin products that promise to remove all your acne, dark spots and wrinkles overnight. They are everywhere but to name a few. -ones. 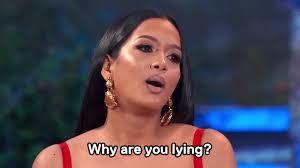 Influencers who own brands with bad reputations or brands that you have actually used and seen as fake should be removed from the list of influencers you follow.

Influencers who don’t contribute to your life:

When you open your Instagram profile and take a look at the list of people you follow, ask yourself: what do these people bring to my life as an individual? This will certainly vary depending on your preferences and lifestyle choices. I’m someone who really loves comedy and I love watching things that make me laugh so you’ll be sure to find plenty of comedians on my following list. Yours might be different. If you love football, Lionel Messi and Ronaldo will definitely be at the top of your list and if you’re a loyal Nickelodeon fan, then your next list won’t be complete without Jace Norman, Kira Kosarin and the rest of the pseudo stars.

If you’re stuck on a profile and can’t find a reason why you should continue to follow that person (i.e. it’s not your friends or family, it’s not someone you like or even know), it’s just a random person you don’t remember or can’t remember how or why you started following them in the first place , then it’s time to hit that unsubscribe button.

Explain! All these people do is brag about their wealth and success, they like to flaunt and show it off whenever they get the chance. Now understand, it’s normal for people to appreciate each other for their success and achievements, but if they do it constantly and it has bad effects on the public, their fans, their viewers, you as one of their followers then this is a sign that you should not follow such people.

Even though some influencers have negative impacts on our lives, they are still some who contribute positively to society and are actually the ones we should follow, it all depends on how you perceive them. If you still like an influencer even if they fall into one of these categories, continue to support them.

5 Teen Entrepreneurs Who Turn Their Passions Into Profit Online