Best Novel to Film Adaptations – Is the big screen worth the page this time around?

I have one rule in my life: I never watch the movie until I’ve read the book it’s based on. Indeed, if the book isn’t amazing, there’s an 85% chance the movie will be a fiasco, because movies almost never live up to the book. If I find the book to be spectacular, only then am I going to spend my time on the movie or show based on it.

The problem with adaptations is that they can never please everyone. It’s because when someone reads a book, they imagine a completely different world for the characters than someone else who has also read the book. When they see the film, which will be the same for both, it will surely be closer to the imaginary world of one than the other. Sometimes the film may be completely different from their two interpretations or may turn out to be a better rendition of the book for one of them. There are a million possibilities as to how a person will react to a film based on or adapted from a book.

The film industry is really weird – most of the time they don’t think about their own movies, but just take the written words of an author and twist them into something that doesn’t capture the essence of the carefully crafted words of the author. . But luckily, not all movies adapted from books look like Ginny Weasley in the movies. Here are five of the best novel-to-movie adaptations.

I am in love with the book. I’ve read Little Women over 16 times, and Jo March is everything I ever wanted to be. And Greta Gerwig’s take on Alcott’s story is just the most recent adaptation ever. Gerwig took a 150-year-old piece of feminist literature, added a modern tone to it, and presented it to the world at the perfect time. The chaos of the March sisters’ overlapping personalities, the subtle prominence of feminine strength, and the motherly, warm atmosphere of the entire book are all perfectly captured in the film.

Jo March, the reason Little Woman has become a phenomenon and is cherished by readers after all these years, is portrayed unparalleled by Saoirse Ronan, and her chaotic, tumultuous energy is brought to life by her in the best way possible. Timothée Chalamet perfectly captured Laurie’s headstrong personality and I love how Gerwig didn’t show Amy as the bratty younger sister, but gave her a loud and mercurial personality, rivaling Jo’s. The coolest part of the movie is that it was shot in and around Concord, where Alcott and his family lived! 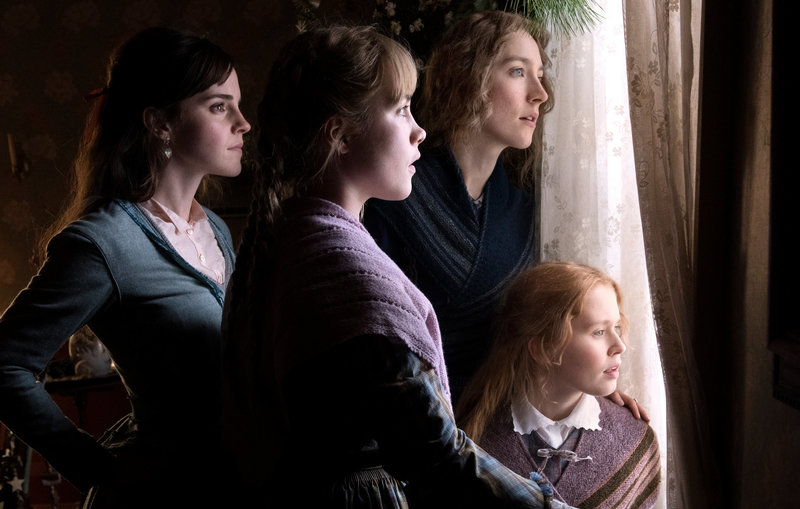 Harry Potter and the Prisoner of Azkaban (2004)

I’m a huge Potterhead. I’m completely obsessed with The Wizarding World, and if you don’t think Harry Potter and the Prisoner of Azkaban is the best movie of the 7 (not counting Cursed Child or Fantastic Beasts), you’re either kidding yourself or you’re a prankster. Besides the fact that everyone hits puberty in the movie, it perfectly captures the moment when Harry and his friends go from being kids to being teenagers. Daniel Radcliffe is just at his peak here, and he just gets into character, portraying Harry’s anger beautifully. We see some of the most iconic moments from the entire series, including Hermione punching Malfoy (you go, girl!), the Time-Turner, and Harry’s stag. We’re also blessed with brilliant performances from Gary Oldman, Alan Rickman (RIP) and David Thewlis as Sirius, Snape and Remus. Not to mention that Gambon is at his best playing Dumbledore in this film. Bonus point of this HP movie? No Ginny Zero Personality Movie! 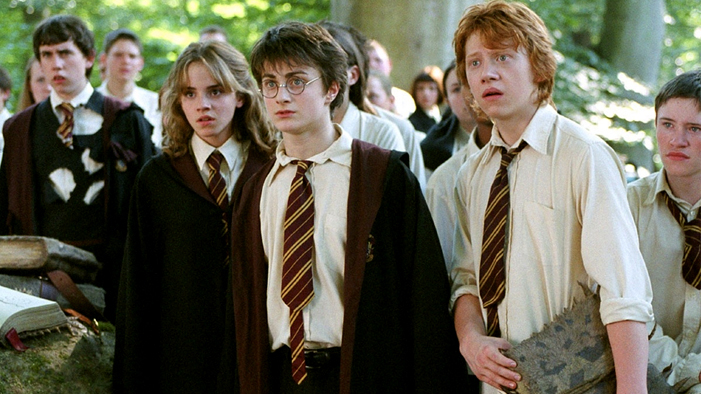 While I wouldn’t say it was Spielberg’s best work, Ready Player One isn’t his worst work either. It’s a good movie not because of the storytelling, which was a bit unsatisfying and empty, but because of the way the movie merges reality and the virtual world. The movie itself is thrilling, full of action sequences and big explosions, and it’s the film to see with friends and family to have a good time. While not a movie you’d want to watch more than once, like others of Spielberg’s creation, Ready Player One has some big lessons to learn, like finding purpose in life. (although the way it’s visualized in the movie wasn’t the best), so there’s no sudden urge to escape from reality because it’s harsh. The only thing I would say about this movie is that it’s the best possible version that could have been made from the hardware, because in my opinion video game movies don’t work very good. It was a commendable effort, and I don’t think anyone other than Spielberg could have pulled it off. 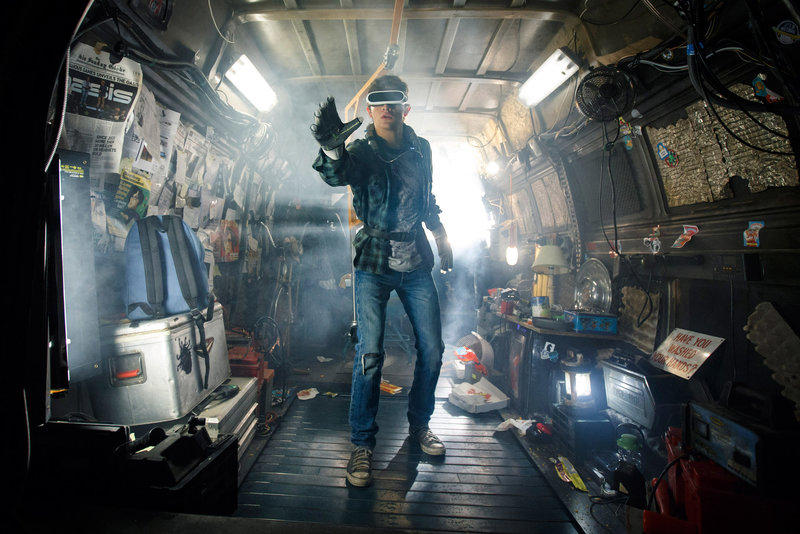 This movie is a marvel. Everyone thought this book was unfilmable. A boy on a raft with a lion and random animals? How do you stretch that into a 2 hour movie? But somehow Ang Lee created a poetic masterpiece from the bestselling book. The film shows that Lee has spiritual and visual mastery, and his awesomeness shines through the film.

The film is more than a raft in the middle of the sea, it’s quite a journey, the journey of how a human can be resourceful and learn to live with others, however uncomfortable that may be. Even if there is a possible danger to our life, we can learn to turn the potential danger into something harmless or even useful for us.

Although most of Richard Parker the Tiger’s scenes were CGI, Sundar Sharma, who played Pi, gave a standout performance as he grows wiser and learns to survive. Men and animals look at each other with incomprehension. We do not understand each other, and therefore, we believe that the other is a threat to us. The film shows us that this can change when we spend enough time trying to understand. Over the course of 227 days, the man and the tiger realize that neither is the master nor the victim of the other, but another being, just a mortal treading the earth like countless others. The film shows this in a simplistic way, which we can try to understand. 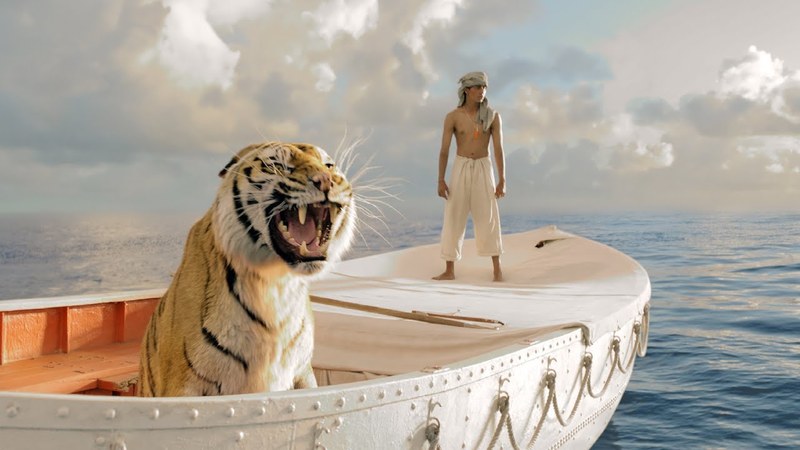 “I’m smart, you’re stupid, it doesn’t matter if you’re forty years older.” This is Matilda’s main theme, and it’s constantly proven by the book’s child protagonist, Matilda Wormwood, a child prodigy with lazy, obnoxious, and stupid parents who don’t think she deserves their attention. Danny DeVito, the director, has a playful sense of humor, and he shines through the film. Matilda the Movie is as magical as Matilda the Book. It was as if Roald Dahl himself cast the actors, because each one of them was absolutely magnificent in their role. Mara Wilson, who played Matilda, shone in the performance. From her manners to her soft voice, Wilson was Matilda herself.

The movie is, at its core, a dark family comedy that’s suitable for older kids, but all ages can watch and enjoy it. It shows how child neglect can lead to serious consequences, but it’s shown in a way that leaves a warm, fuzzy feeling inside. Matilda does not condescend to children and shows that age is not a barrier. It’s an incredible adaptation, well worth watching.

Postery’s designs will make your home the most stylish ever (and exclusive discount code!)

I found the most thoughtful holiday gift: improve your life with a smart change