15 movies returning to binge this summer on Disney+

It’s summer, and you know what that means: guilt free binging movie! After more than a year full of nerve-wracking accommodations and the absence of a hectic 2020 summer, for most people the least we can do is sit back, relax, watch a good throwback movie back and letting ourselves fall into the arms of nostalgia (even at times when many of us weren’t even alive to witness it). You do not know where to start ? Fret not, because below are fifteen universally admired returning movies available on Disney+! 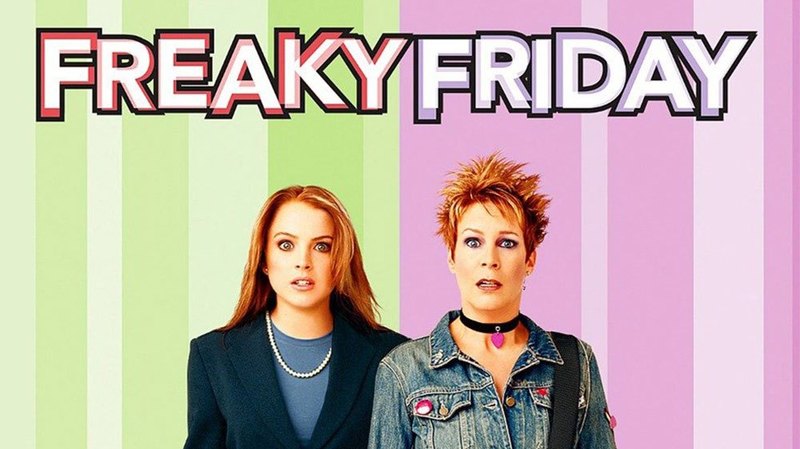 This film starring Lindsay Lohan and Jamie Lee Curtis is a 2000s classic based on the 1976 film of the same name. The film follows a mother (Curtis) and her daughter (Lohan) as they watch each other’s lives from each other’s shoes…literally. After going to a Chinese restaurant one night and admitting that they can’t see each other, Ana (Lohan) and Tess (Curtis) wake up the next morning in each other’s bodies, where they will spend a while. and learn a very important lesson about judging others from the outside. While this movie might be unrealistic, for reasons other than the plot itself, it’s definitely a must watch/rewatch due to Lohan and Curtis’ incredible acting, and the undeniable mother-daughter connection they both entail. 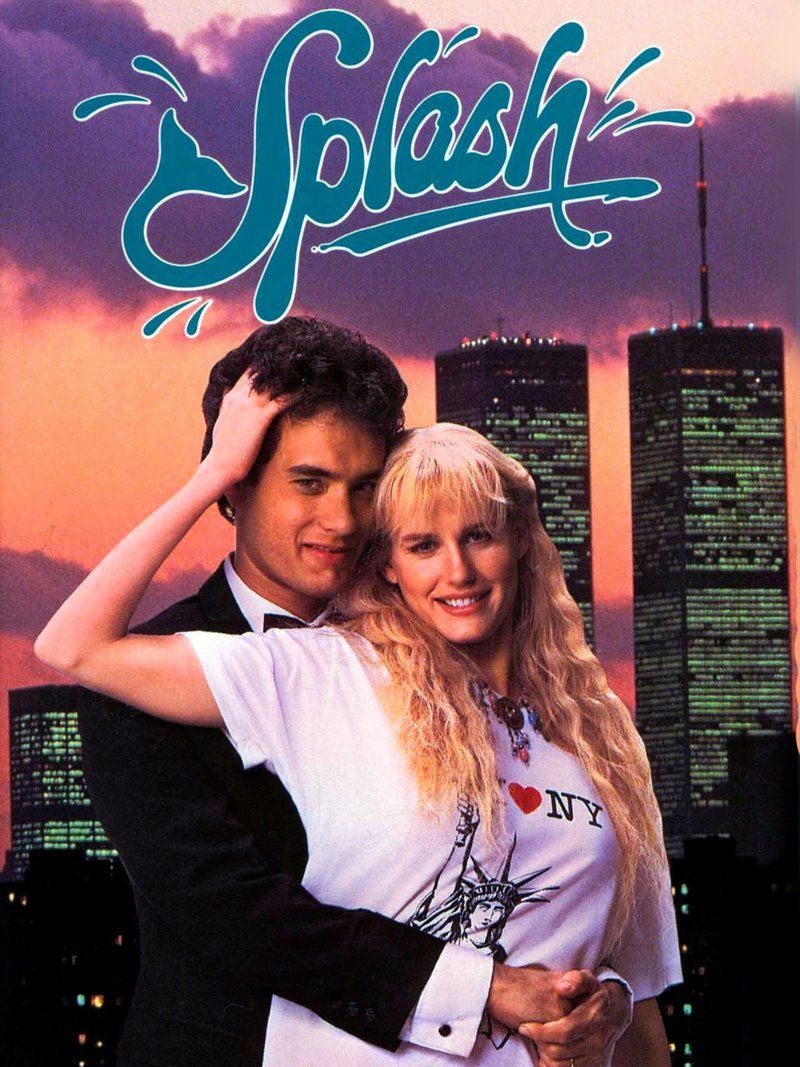 This 80s hit begins with Madison (Daryl Hannah), a mermaid, saving Allen (Tom Hanks), a human, from drowning. They are both separated for twenty years until Madison returns to find him, which leads to them finding love. However, a dilemma arises when Allen must decide if sacrificing his life as a human is worth it to be with the woman he loves. Plus, there’s an evil scientist thrown into the mix that’s causing even more trouble. One thing to note, however, is that this movie can get sappy at times. So if you’re not a fan of cheese, this movie might not be for you. 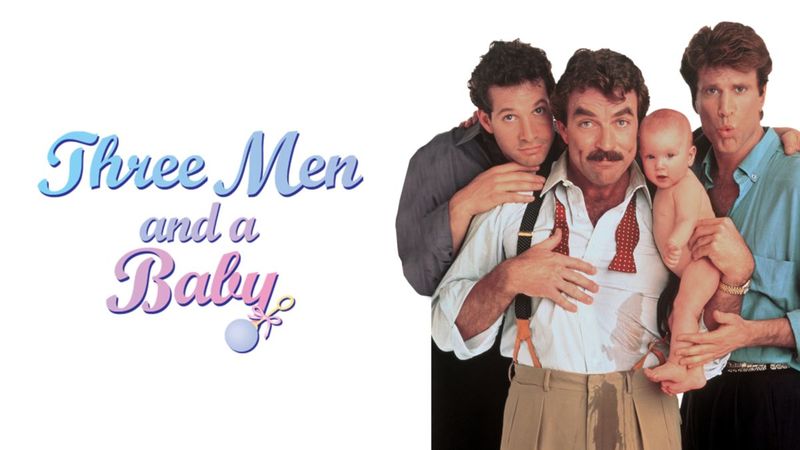 This classic late ’80s comedy, based on the 1985 French film Trois Hommes et un Couffin (Three Men and a Cradle), follows three bachelors (Tom Selleck, Steve Guttenberg and Ted Danson) as they find a baby on their doorstep and attempt to care for it through drug deals, work issues, and their own love lives. Three Men and a Baby is a great movie for all ages, especially if you love babies.

4. While you were sleeping

Want to go back to the 90s for two hours? This film, which stars Sandra Bullock and Bill Pullman, is perfect for that! Transit worker Lucy (Bullock) rescues her longtime crush, Peter, from an oncoming train. After he is hospitalized and put into a coma, his family thinks Lucy is his fiancée, leading them to take her to their home. However, the situation becomes complicated when Lucy falls in love with Peter’s brother, Jack (Pullman). If you like simplistic romance, this is a great movie for you and can provide two gripping hours. 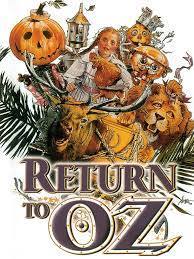 This sequel to The Wizard of Oz follows Dorothy as she is transported back to the land of Oz and discovers that the Emerald City lies in ruins. After discovering that the devastation is due to an evil empire rising to power, Dorothy does anything and everything to free her locked-up friends, Tin Man, Lion and the Scarecrow, as well as save the town from… a new destruction. If you were a Wizard of Oz fan, this movie is for you! 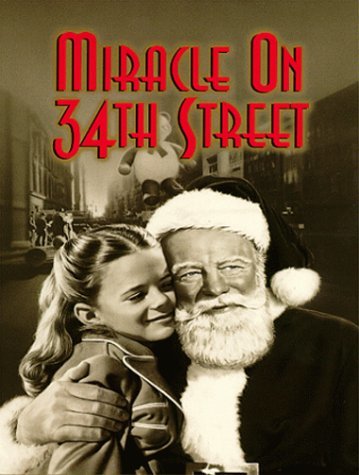 This 1947 holiday classic features a man (Edmund Gwenn) institutionalized after claiming he is Santa Claus and a lawyer (John Payne) defending him in court. This heartwarming film is sure to leave you crying and laughing at times. 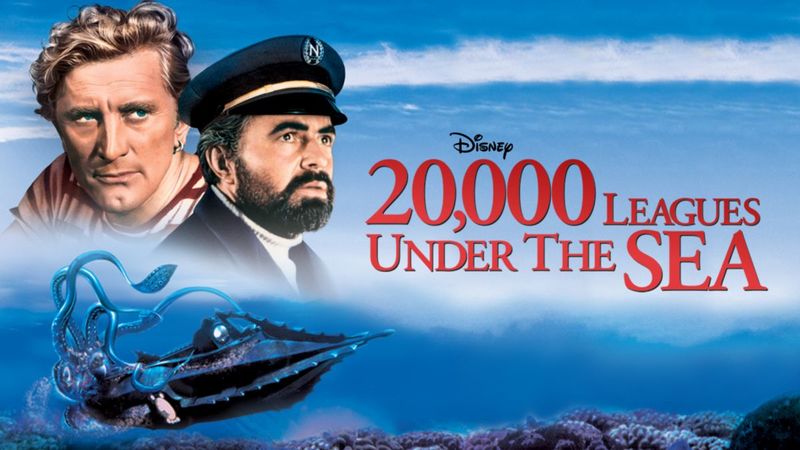 After a professor (Paul Lukas) and his assistant Council (Peter Lorre) make it their mission to uncover the truth behind reports of a sea monster attacking ships in the Pacific Ocean and ending up washing up in the Bay Area, they are invited on an expedition in search of said monster. This iconic film, based on a book of the same name and released in 1954, was Disney’s very first successful attempt at the science fiction genre and was noted as one of Disney’s best live-action movies – which is good. deserved title. 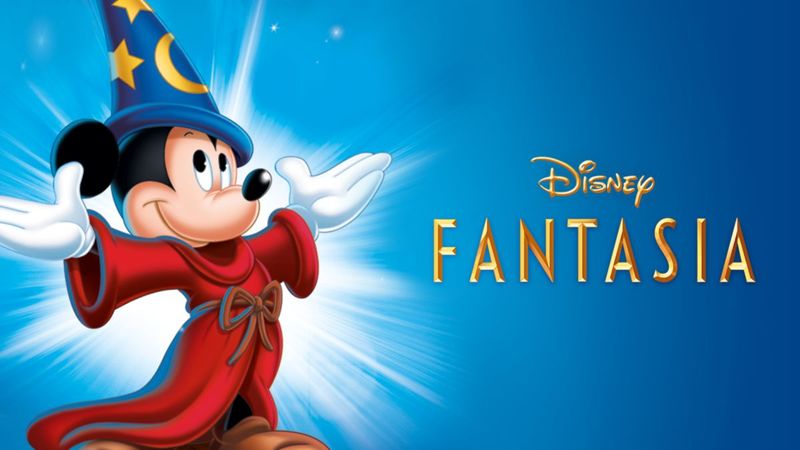 Two decades after Mickey Mouse debuted on crazy plane, the first Fantasia was released, which was Walt Disney’s successful experiment in creating animation suitable for all audiences, not just children. This film is a collection of animated versions of popular western classical music (eg The Rite of Spring, originally composed by Igor Stravinsky). Fantasia became so popular that sixty years later the 2000 version of the film was released. If you’re a Mickey Mouse fan or just love classic works, this is the movie for you and is sure to take you back to the early 1900s!

9. The sound of music 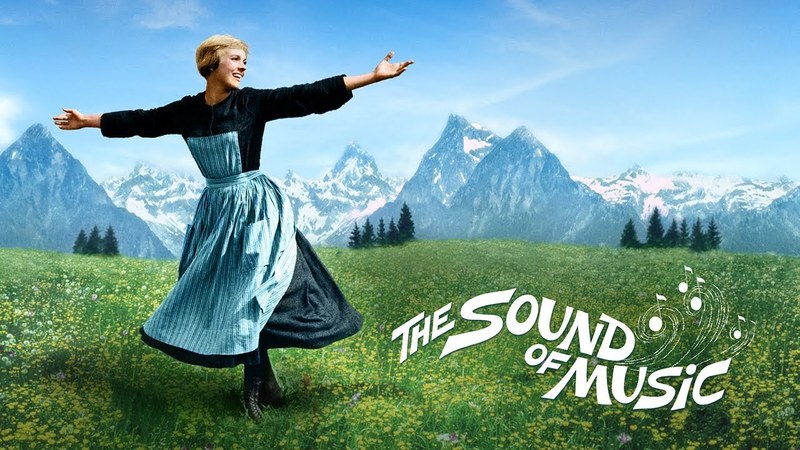 A melodious and heartwarming story based on the real-life story of the Von Trapp family singers, one of the world’s best-known concert bands in the era immediately before World War II. The film tells the story of a young Austrian, Baronin (Julie Andrews), a student to become a nun in Salzburg in 1938, who is sent to the villa of a retired naval officer and widower to be governess for his children. peers. After bringing love and music into the family’s life through kindness and patience, Baronin marries the officer and together with the children they find a way to survive the loss of their homeland through courage. and to faith. This iconic 1965 film is great to watch with family or even friends!

This 1993 comedy fantasy stars Sarah Jessica Parker, Kathy Najimy and Bette Midler as a trio of witches, the Sanderson Sisters, who are resurrected by Max, a teenage boy who, along with his little sister and lifelong crush date, defies legend. sisters. Now, with the help of a magical cat, the three teenagers go on a mission to stop witches from becoming immoral. While this movie wasn’t particularly loved, it’s a great throwback, especially for Halloween. 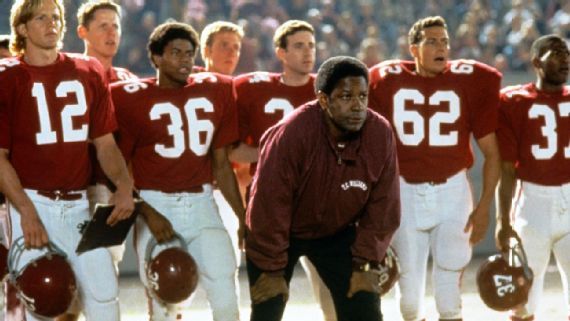 Set in Virginia in 1971, Remember the Titans is about a football team that must learn, for the first time, to deal with racial diversity, not just in their school but on the field. Footballers aren’t the only ones who have to overcome their diversity and work together. The coaches are also subject to conflict when coach Bill Yoast is forced out of his position as head coach and replaced by Herman Boone (Denzel Washington). The team learns to accept each other and work together, but the rest of the school and the town aren’t as quick to accept the new brotherhood on the football field. This film, based on a true story, demonstrates a city’s ability to overcome prejudice and work as a team. This movie isn’t just for sports fans; anyone of any age can learn something from it.

This 2000s film series follows shy 16-year-old Mia Thermopolis (Anne Hathaway) on her journey after her mother reveals she is related to a royal in the small European country of Genovia. . From laughter to tears, this film is a great throwback for today’s teenagers!

13. Pirates of the Caribbean 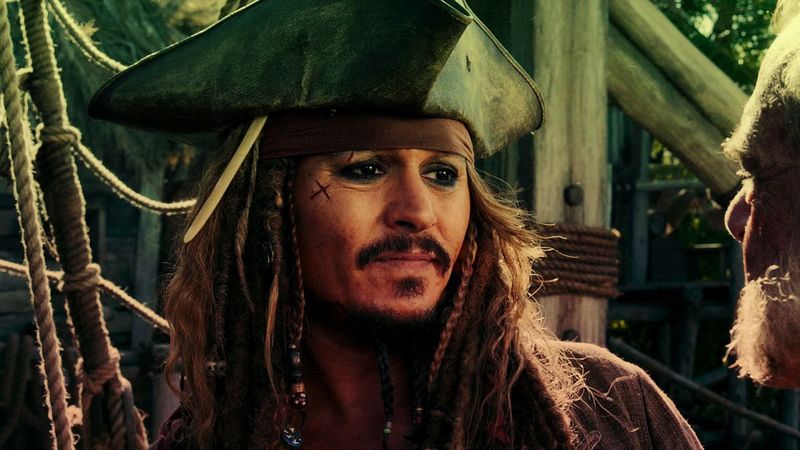 The film series follows pirate Jack Sparrow (played by Johnny Depp) and blacksmith Will Turner (played by Orlando Bloom) as they search the seas for Elizabeth Swann (played by Keira Knightley). In the first film, Jack attempts to steal the infamous Black Pearl ship. The duo rescue Swann and get a surprise twist when they find out that the Black Pearl’s current crew are cursed as undead for stealing the cursed treasure. This movie is easily one of the most beloved pirate movies and definitely worth watching as a throwback! 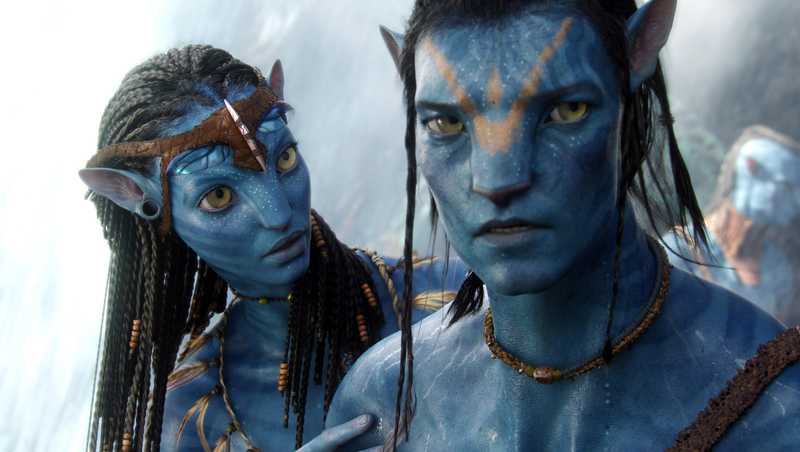 The movie Avatar is about Jake Sully, a former U.S. Marine paralyzed from the waist down. He is selected to go on a mission to the distant world of Pandora after his twin brother Tommy is killed during a robbery. Here, Parker Selfridge orders him to mine valuable minerals scattered throughout the Pandora Forest in exchange for leg surgery. Jake uses an avatar identity, allowing him to communicate with the Na’vi people. In this body he has the ability to walk again. He learns the language and culture in order to infiltrate the Na’vi people and gather information for his superior, but instead he falls in love with the forest and a Na’vi woman named Neytiri. Jake’s connection to the native Pandora tribe over a three-month period changes him. He loses sight of his original purpose and begins to have trouble telling the difference between what is real and what is a dream. Later, Jake plans to stay in his avatar persona and go against his Colonel, who wants to exterminate the Na’vi people. This movie is ideal for a throwback because it shaped many of today’s teenage childhoods. 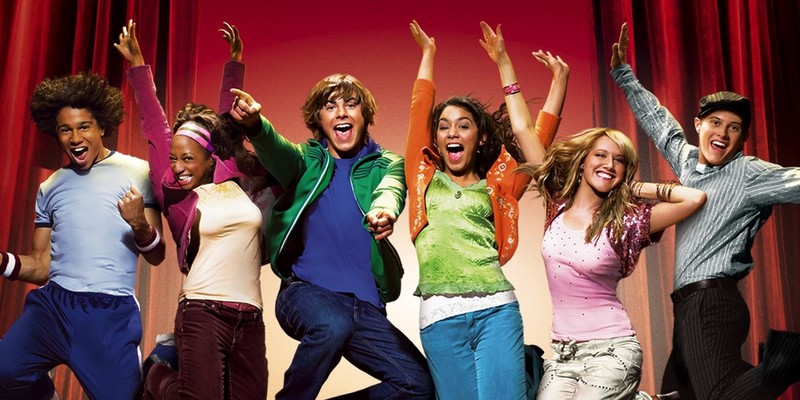 This series of films is not unknown to any current teenager. Starring Zac Efron, Vanessa Hudgens, Ashley Tislade and more, this movie/musical follows Troy (Efron) and Gabriella (Hudgens) on their journey to becoming a couple and facing relationship hurdles, such as the school and a ‘wicked’ drama queen named Sharpay (Tisdale). High School Musical is not just a movie, but also a time capsule and is definitely a must-review movie/series genre. 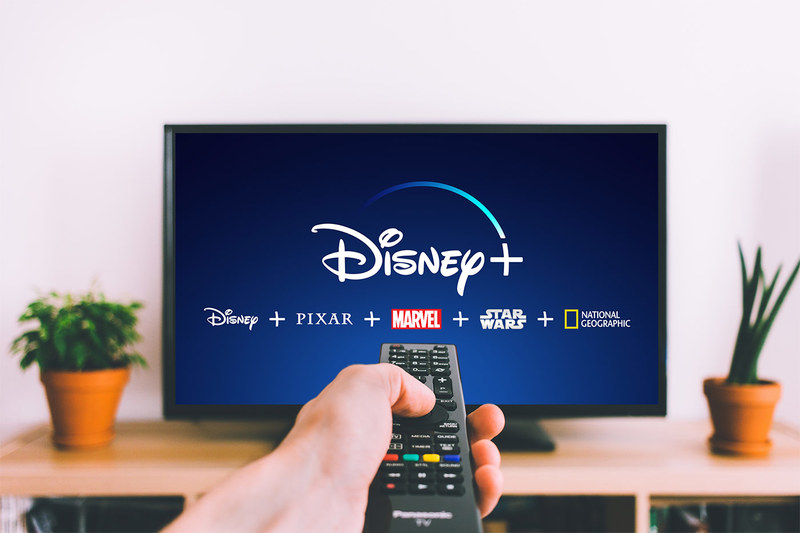 You know what they say – some movies are so great you have to watch them over and over again. Sometimes movies remind you of a certain period of time that you missed, or they allow you to experience a period that you have never seen. Disney has shaped generations of childhoods, and it’s always good to rewatch movies from when your life might have been a little simpler. Hope the 15 movies listed above inspire you to come back whenever you get bored this summer.

The Great Coffee Debate: Is Dunkin’ Better Than Starbucks?

9 unforgettable ideas for your next birthday to celebrate